How to deal with your dog’s hyperactivity | Under One Woof

Home > Blog > How to deal with your dog’s hyperactivity

How to deal with your dog’s hyperactivity 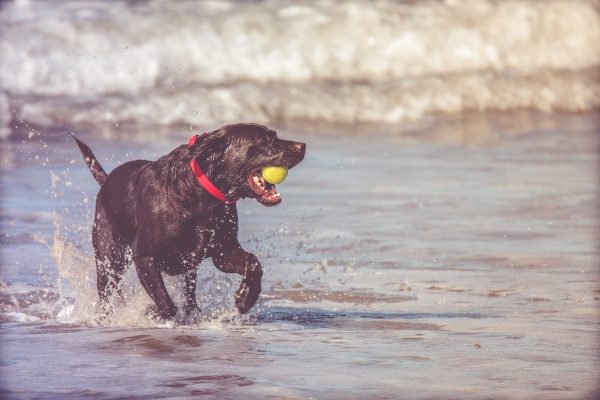 A hyperactive dog can be a real headache. Whether he’s digging holes in the yard and burying your valuables, making a noise or jumping up at you and guests, you’ll want to curb this sort of behavior ASAP. The good news is that, with the right approach, it’s entirely possible to put a lid on it.

Hyperactivity is often a bargaining tactic. Your dog is saying: “I’ll keep making a ruckus until you acknowledge I’m here and give me some attention.”

So do the exact opposite: don’t make eye contact, don’t establish physical touch and play the waiting game. Your dog will soon learn that being pushy doesn’t yield results.

Many owners will resort to shouting, mistakenly believing this is an effective tactic. Actually, raising your voice only makes him think you’re egging him on, and will often prolong the situation you’re trying to curtail.

Tip #3: Give him a spot in the garden

Hyperactivity can take many forms. One of the most annoying is finding your precious jewelry deposited and buried in the garden. To curb against this, keep valuables out of reach…

…Some dogs, however, are diggers through and through and need to exercise this urge. Instead of fighting it, give them a space in the garden they can call their own.

Exercise does wonders for dogs and humans alike. Aim for between 30-60 minutes of walking a day. Watch your dog, see how he’s getting on, and adjust as you see fit. Short-noses, like bulldogs, need less walking than Labradors and retrievers.

If you’re taking your dog to the park, make sure they’ve had a walking before they get there. If you’ve driven all the way over and immediately let your dog loose, all that pent up energy is going to be spell disaster when he sees other dogs running around.

Dogs are great imitators and they tend to respond to the energy you give off. Displaying calm assertiveness is a technique someone like Cesar Millan has perfected. By saying less, and communicating more through body language, Cesar keeps the dog’s excitement to a minimum.

Tip #6: Establish yourself as the leader

Hyperactivity that results in a dog jumping on you, or on guests, is a dog that doesn’t respect your leadership. Move him out of the way when he tries this and exude calm assertiveness while you’re at it. Another good bet is to make your dog wait: a waiting dog is more submissive. This tactic also has an ego-lowering effect.

Tip #7: Investigate smells around the house

Dogs have a very strong sense of smell and they primarily see the world through their nose. For instance, your pup tells you apart from others more by the way you smell than the way you look.

With that in mind, it’s a good idea to talk to your vet about the possibility that there are smells in the house that are setting him off.

What foods are you giving your dog? Often problem behaviors coincide with a change in diet. Sometimes all you need to do is switch up what you’re buying and putting on his plate. Also, make sure he’s got a water bowl with plenty of water in it to satiate his thirst.

Tip #9: Don’t be afraid to ask the expert

Finally, get him checked out at the vet, lest there are any issues that are causing this antisocial behavior.