Introducing your dog to your home for the first time 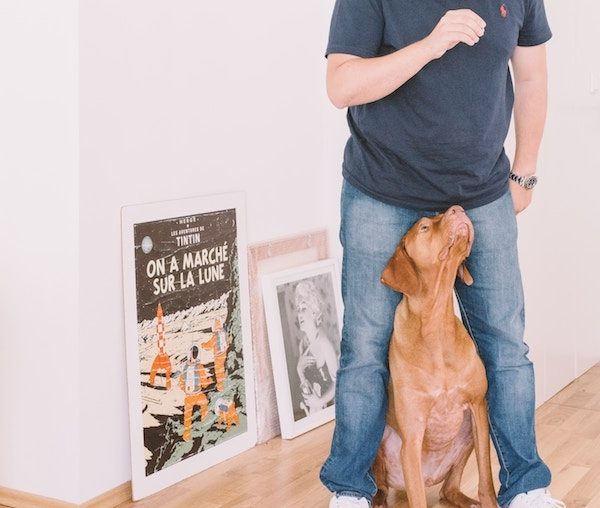 Bringing a new animal home is a big deal, and especially when it’s a puppy.

In anticipation of its arrival, you’re going to want to set up a “bedroom” for your pup replete with toys, food and bedding.

Even then, the best-laid plans can fall by the wayside when you actually bring the pup home.

Assuming you’ve got your doggy quarters all set up, we’ve put together some tips to keep in mind as you familiarize your animal with its new home for the first time.

From keeping the tour low-key to making doggy introductions outside, there’s something of value here for everyone.

Take the dog on a tour

It’s no good getting home with your pup and letting her loose in the house because she’s going to be totally overawed by the surroundings.

Take her on a tour instead, leash in place, and get her familiar with the lay of the land room by room.

It’s often best to start in the kitchen with a bowl of water and a bite to eat, as this will calm her down. Alternatively, you can skip the meal and offer it up as a reward once the tour is over – the choice is yours.

This isn’t a surprise birthday party, so there shouldn’t be a welcoming party to greet your new pup when she gets home. That’ll only scare her further. Keep things calm and low-key. And remember this: the way you act will influence her behavior as well.

Don’t shower your dog in affection

The last thing you want to do is make your pup any more nervous than she is already. And though it might seem counterintuitive, showering her in affection (i.e., heavy petting, stroking or cooing) is only going to raise her heart rate further. Instead, remain detached, and communicate through assertive body language.

Your new dog is more than likely overawed by the new surroundings and you’ll only exacerbate that feeling if you force her to meet new animals all at once.

If you do own dogs, make the introductions outdoors, one at a time, with leashes in place. There shouldn’t be any toys lying around, or bowls of food nearby either.

This is one-on-one time, but again, be calm, keep the leash loose and let animal nature work its magic.

(It goes without saying, but don’t leave your new friends on their own with one another until they’re really comfortable in one another’s company.)

As for cats? Keep it the introduction short, and make sure your feline friend has an escape route if need be!

Only let your pup off the leash in her “bedroom”

As we mentioned earlier, you should have a designated area all set up. This then is the place to let her off the leash and let her know that she’s truly safe and at home. You’ll often find that your pup immediately settles down and gets comfy – and there’s nothing wrong with that!

A good walk does wonders

To burn any excess tension, take your new dog on a good long walk of the neighborhood. This will help tire her out, and it’ll get her familiar with her surroundings as well.

Stay calm at all times

Your job is to exude an aura of calm and to take charge of the introduction; both her introduction to the house and the other animals in your house. You’re the leader here, not the other animals, and it’s important you communicate that message loud and clear. Done right, all the other animals will fall in line, and you’ll have created a safe space for your pup to call its own.