The best games for animal lovers | Under One Woof

The best games for animal lovers 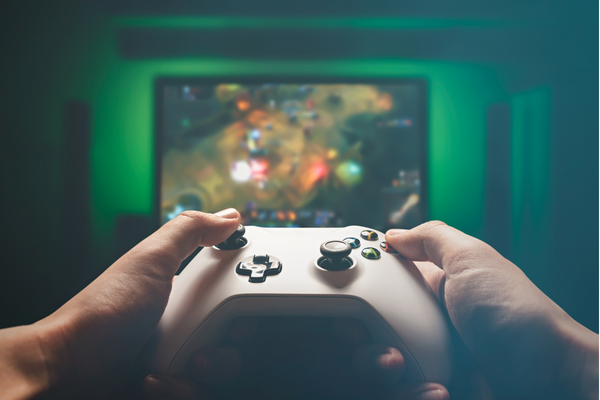 Did you hear? There’s a new game out that’s centered squarely on the travails of a cat. It’s called Stray, and it’s absolutely brilliant. Now we know that many of our beloved clients have never played a game in their life, and have no interest in picking up the hobby. But if you happen to be the exception, or you have a child who loves video games, here are a few brilliant options for animal lovers.

Almost everyone has heard of The Sims. First released in the year 2000 by Will Wright and Maxis, the original game gave you the ability to commandeer a family of your own creation. You could teach your sims to cook (lest they burn the house down), learn new languages, or you could devote all your time to building the biggest mansion possible. Much has happened since then, and Sims 4 is the latest in the series. The Cats & Dogs pack lets you look after your own pets in this heady virtual world. Create them from scratch, bond with them, run a veterinary clinic and explore the surrounds of your neighborhood. It’s great fun for the entire family.

Stray follows the story of a ginger cat who gets separated from his/her pack. The feline is left to fend for itself in a strange and inhospitable world populated by humanoid robots and nasty bugs. Platforming, puzzle-solving, and worldbuilding abound. The game was released just a few weeks ago to unanimous praise. If you – or your children – own a PS5, Xbox One, or PC, this is a must-have.

This unique videogame is the work of Fumito Ueda, the famed Japanese designer who created Ico. It puts you in the shoes of an unnamed boy who is united with Trico, an animal that bears the face of a dog, the body of a cat, and the wings of a beard. Trico and the protagonist are bound together on an extraordinary journey as they navigate a mystery. At a certain point, you’re able to command Trico to help you in difficult situations and the game serves up some of its greatest vistas in these moments. The Last Guardian is a test of brain and brawn – and a delight throughout.

Looking for a doggy companion on your travels? Look no further than Fallout 4, one of the greatest role-playing games ever released, and one of the few to realize that we all need a canine friend in our midst. Though you take on the reins of a human protagonist, you’re able to play the entirety of the game with a dog at your side. Dogmeat is a German Shepherd who has survived a nuclear apocalypse and is more than happy to shepherd you through the Wasteland.