Great non-fiction books for dog lovers | Under One Woof 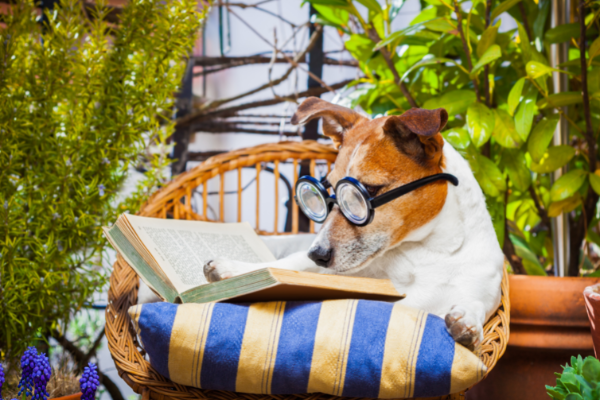 Boston Globe critic Matthew Gilbert presents an amusing chronicle of his first year owning a dog: the adorable Lab named Toby. Gilbert talks about his fear of the social norms governing dog ownership, and the transformation he undergoes as he becomes accustomed to the new furry friend in his life. There are amusing anecdotes throughout, but most of all, the book underlines the bonds we form with the animal(s) in our life.

Travels with Charley: In Search of America (1962)

Steinbeck is a literary titan who is known for works like East of Eden, The Grapes of Wrath and more. Yet it’s a simple story of his travels across America with his doggy companion Charley that might grip you most. At the start of the 1960s, the famed author gets in his pick-up truck with Charley for company and sets out to discover a country he hasn’t properly seen in twenty-five years. He admits that, by living in New York and dipping in and out of Chicago and San Francisco, he doesn’t know the real America well. As such, a proper road trip is designed to change all that. Worried about travelling alone, he takes his poodle with him, a poodle that Steinbeck describes as “very big” with a “roar like a lion.” A meditation on companionship and – and what it means to be American – soon unfolds.

Koontz is a thriller and horror writer who has often been compared to Stephen King. He has sold millions of novels in his time, yet he’s also created a memoir of his family’s life living with an adorable golden retriever named Trixie. The retired service dog makes an indelible mark on the Koontz household, and the way the writer shares his grief of her passing will raise the hairs on your arm.

Edited by Martha White E.B. White is best known for his children’s books Charlotte’s Web and Stuart Little, both of which have been immortalized in film. But for dog lovers, it’s his non-fiction writings on our furry friends that’ll prove most interesting. A collection of essays, published throughout his life, have been compiled by his granddaughter Martha White and presented in the book E.B. White on Dogs. Discover amusing commentary on dog shows, sled dog races and the many canines he owned: collies, dachshunds, half-breeds and more. It’s a must-read for any owner.