Do different breeds have different personalities? And if so, what are they? | Under One Woof

Home > Blog > Do different breeds have different personalities? And if so, what are they?

Do different breeds have different personalities? And if so, what are they? 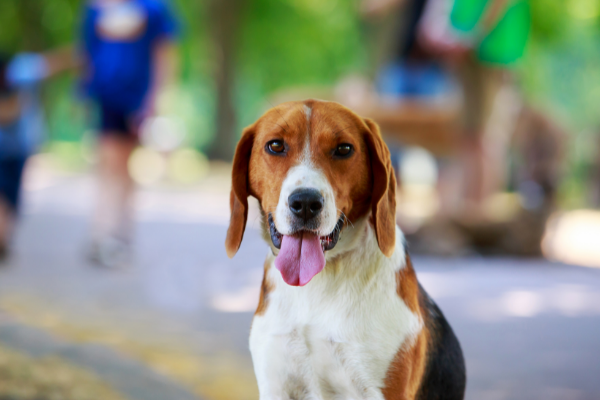 One of the most fascinating parts of pet ownership is discovering your animal’s personality. Here is a creature with character traits all its own: its own likes, dislikes and quirks. And while every dog is a little bit different, personality traits do seem to run in breeds.

Two of America’s favorites, the Labrador Retriever and Golden Retriever, top the list of happy breeds. Little wonder they’re hugely popular throughout the width and breadth of the country. Why are these breeds such good-natured companions? It seems to be both nature and nurture: dogs started to diverge from wolves and become reliant on humans to survive. Good-naturedness would have been a useful trait to have in this case, as it would allow a dog to be liked by its human owner. As these breeds flourished, the characteristic personality was passed down through the generations.

Two of the prettiest breeds are also two of the most aloof. Akitas and Chow Chows are both independent, stubborn and quite tricky to deal with. They want to be in charge, and they don’t like to show their owners their softer side. But under the guidance of a strong leader, they quickly fall into line and their good looks make them a hit with friends and family.

Yes, OCD. Dogs can actually suffer from this condition and it typically manifests itself as tail chasing. While a dog spinning in circles to try and get its tail might appear funny, it’s often a telltale sign of obsessive compulsive behavior. According to a report by Inverse, “bull breeds” tend to be “over-represented in studies of [OCD].”

Most dogs like to run and play, but two breeds that stand out are the Boxer and Australian Shepherd. The latter, despite its name, was developed in the United States and was used by ranchers to herd livestock, while the former comes from Germany. Both breeds need plenty of physical and mental stimulation to keep them happy, so make sure you’ve got time and space on your hands.

The Pug, Bulldog and French Bulldog are all content to stay indoors and do very little at all. Yes, a bit of moderate exercise is necessary, but if you’re an apartment dweller with limited access to yard time, you shouldn’t sweat it too much: these dogs can potter about the home with the minimum of fuss. It’s little wonder that the French Bulldog is particularly popular in built-up cities where space is at a premium.