Which dogs don’t shed? | Under One Woof 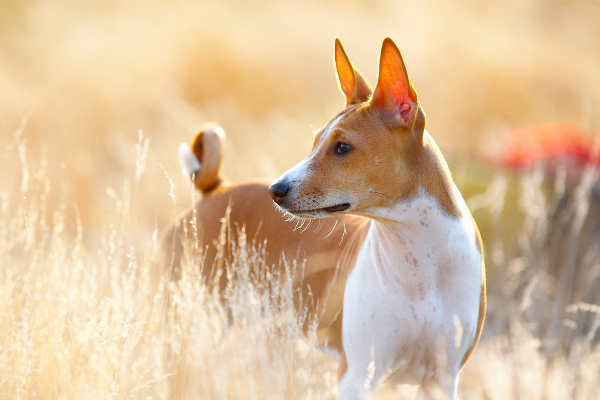 Suffer from allergies? Want to minimize the amount of vacuuming you do around the house? The dogs in this list aren’t in the habit of shedding fur, which makes them the ideal hypoallergenic choice for the home.

They might have long, silky coats, but the Afghan Hound doesn’t actually shed any fur. That said, it does need to be bathed and combed every week, lest that silky coat goes tough.

If you don’t mind the upkeep, you’ll find an Afghan Hound is very kind to your allergies.

As the name suggests, this dog is perfect for any allergy sufferer, as it literally has no coat at all.

The breed started by accident; a single dog was born into a litter of normal Rat Terrirers, but before long, her coat fell out and the genetic quirk was kept alive by her offspring; and several family that followed. Sure enough, a new breed had been founded, and it’s what we call the American Hairless today.

It’s worth noting that all the dogs in this breed actually start with a coat, but the coat eventually falls out. In essence, the original genetic quirk lives on.

Should you own one of these dogs, make sure to keep him out of the sun, as these dogs are susceptible to sunburn.

Basenjis are very unusual dogs: not only do they lack a traditional bark, they don’t have a typical doggy smell and even groom themselves like cats. These neat freaks are perfect for allergy sufferers, as their coat is short and very rarely sheds. They don’t need to be washed, either, unless they roll around in something particularly foul-smelling.

Basenjis have been bred in America since about 1940, but Africa’s barkless dog is one of the oldest breeds in existence, with traces of the lineage dating all the way back to Ancient Egypt.

Why don’t they bark? Experts suggest it’s because they can’t. They have uniquely-shaped larynxes, so the noise they make is closer to yodel. But let’s be frank: Basenjis aren’t in the habit of making much noise anyway.

Mexico’s Xolo comes in a hairless and coated variety: the former sheds no hair at all, while the latter sheds very little. Like the American Hairless Terrier, Xolos should be kept out of the sun to protect their skin from the elements.

While we’re at it, try pronouncing the Xolo’s full name.