5 dog facts that will amaze you | Under One Woof

Home > Blog > 5 dog facts that will amaze you

5 dog facts that will amaze you 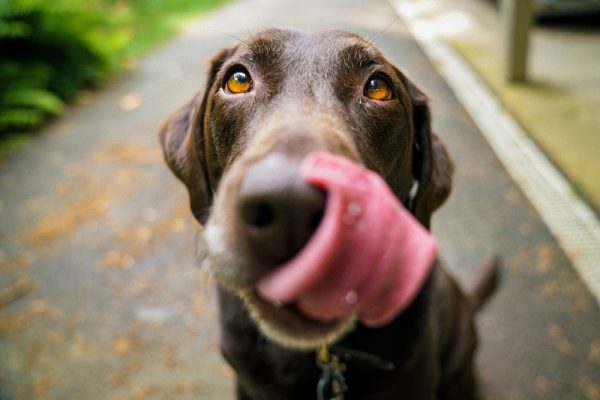 Dogs have been at our side for thousands of years. They’re great foils that complement our strengths and weaknesses. With a dog at your side, you’ve got a companion with a sense of smell that can keep you out of danger and eyesight that can pick up ultraviolet light. You’ve also got a companion who rides an emotional rollercoaster just like you. We might be different in so many ways, but as these amazing facts reveal, dogs are like us in many ways too, and a truly indispensable part of our lives.

Dogs can be trained to detect when we’re sick

Dogs have a sense of smell 100,000 times better than our own. This powerful nose can be harnessed to detect a variety of ails, like dropping blood sugar levels in diabetics, or epileptics who are careening towards an attack. In the latter example, pups are often able to predict when an attack is going to happen before the warning signs start to show to humans.

More recently, researchers working with a group of Belgian Malinois shepherd dogs concluded that this special breed can be trained to detect prostate cancer from the smell of cancerous urine. There is, researchers believe, a “smell” that dogs detect and respond to. These studies are ongoing, but dogs will likely become an even bigger part of our lives going forward as the healthcare industry finds unique ways to use their talents to help humankind.

The persistent myth is that dogs see in black and white like a 1930s Hollywood film. Actually, they see colors too, just not in the same range as us humans. They can’t tell the difference between reds and greens and see predominantly in blue and yellow, but their excellent night vision makes up for these deficiencies. They’re also able to pick up ultraviolet light, which we need tools to see (think the police force using special lights at crime scenes). Dogs also interpret the world moving at a different speed, so a TV show designed for humans is going to seem like it’s moving in slow motion to your pup.

Dogs get green with envy

Like humans, dogs want to be rewarded for good behavior. And they don’t want some good-for-nothing rival lapping up all the praise. Your dog is a finely tuned emotional animal and she’ll respond negatively if you lavish praise on her brother or sister when she’s equally deserving of attention too. Remember, when it comes to dishing out the generosity, fairness is the way forward.

Dogs are dreamers too

Ever seen your doggy twitching in his sleep? He’s experiencing the same brain wave patterns as we do, and researchers believe this indicates dogs dream too. After about twenty minutes the dog’s eyes are moving behind closed lids, and he’s “looking” at images like the photographs on a projector screen. It’s the same phenomenon that characterizes REM sleep in humans. And much like us, dreaming dogs appear to act out fantasies that they think about in real life, like catching prey and warding off intruders.

Dogs don’t have a fingerprint, but they do have a nose print

The shape of a dog’s nose (all the dents and ridges) is like an ID badge they carry around with them. Or, in other words, a unique fingerprint. And although their paws are lacking the same complex web of ridges we have on our hands, dogs do share one hand-related similarity with us: they can be left or right handed. In humans, right-handedness is dominant throughout the world – at about 85% – but in dogs it’s roughly 50-50.