5 secrets all dog owners should know | Under One Woof

5 secrets all dog owners should know 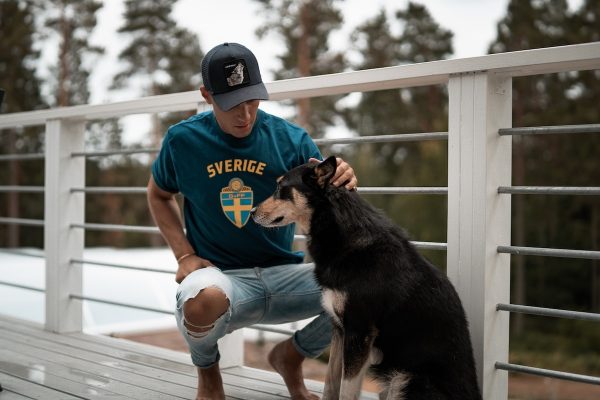 It’s human nature to attribute our feelings and wants and needs to a companion that’s so often beside us.

But while dogs are quite capable of making us happy, they tend to have a very different way of assessing the world. And as for those thoughts we think they’re processing? Unlikely.

Dogs aren’t brooding over past misfortunes or planning the future. Yes, they can be trained a certain way, but they very much live in the now.

To properly understand a dog, you need to be in the moment too, aware of the stimuli it’s reading out in the world.

That includes stimuli you’re giving off.

Your energy, as the pack leader, will be the energy your dog subordinate assumes. Steer clear of negativity at all costs. Firm but fair is the way to go.

A dog smells before it sees

The nose is the all-seeing-eye in the doggy world, and though scientists are undecided on how much greater a dog’s sense of smell is than ours, we do know it’s a lot.

While humans process information visually, dogs almost always visualize a situation through smell first. Then they use their eyes and their ears, followed by touch.

Why not use this to your advantage?

And of course, be mindful that any mess he/she makes in the house should be cleaned up immediately, lest you start encouraging repeated bouts of bad behavior (a dog will return to this spot otherwise, seeing it as its “territory”).

Energy is vital, and what you don’t say is often as important as what you do

“Energy” can be a fluffy term, but it beautifully describes the parts of the world that exist in the air with their own unique vibrancy.

Even when you’re not saying or doing anything, you’re nonetheless giving off energy.

And when you do speak, the way you speak is vital.

Speak with intention. If you believe what you’re saying, your dog will too. If you don’t, your canine friend will feel this energy, and will wind up confused.

A name means different things to humans and dogs

It’s the first thing we do, we give our dog a name. Again, another human trait that we transfer onto our beloved pet. But dogs don’t hear the name and think – that’s me. Instead, they think, my owner wants something from me.

Because dogs don’t self-identify with their name, and because they hear it as part of a command or an instruction, it’s no good using their name to get them to behave. Telling them off while shouting their name at them is only going to create a negative association with the moniker.

Resist the temptation to scold them like you’re scolding a child, name and all.

A dog needs a leader

Dogs grow up in packs and look up to the strongest, most able-bodied leader. If a dog is dependent on you, and lives in your home, by rights you are that leader. It’s your responsibility – and it’s a big responsibility – to give the dog a good example it can follow. Be clear with your instructions, instill a clear routine and impart a sense of security.