Home > Blog > 6 amazing dog facts that will blow your mind

6 amazing dog facts that will blow your mind 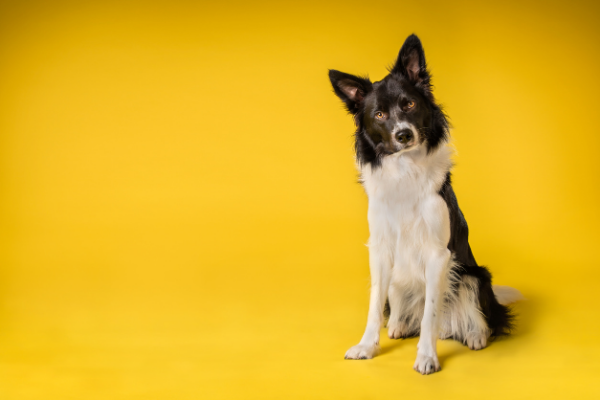 Dogs are one of the most diverse species around

We often say that dogs come in all shapes and sizes, and this is true. In fact, the skull alone varies massively from one breed to the next, and if you compare a Golden Retriever to a German Shepherd, the difference alone is a big as the difference between a cat’s skull and a bear’s.

A dog’s tail is often a window into their emotions

You might notice your dog’s tail isn’t always in the same position. Knowing what to look out for could help you identify the emotional state they’re in.

A tail that’s low – such as tucked between the legs – is a sign of submission. By contrast, a tail that stands erect is a sign of dominance, and if it’s moving side to side, as if vibrating, an attack might be imminent. What you want to see is a tail at medium height, moving in a circular fashion, untensed and free, this means your dog is happy.

We aren’t the only mammals that have dreams when we sleep. In fact, there’s a lot of evidence to suggest that dogs dream too. Watch out for a twitching tail, or for a dog that growls while he’s fast asleep. Those are both signs that his subconscious is running wild and conjuring images while he gets his forty winks. Incredible stuff, really. And what’s more, dogs are thought to dream about doggy activities to boot.

Dogs don’t like rain, but they don’t mind taking a dip, and a breed like the Newfoundland is so comfortable in water that this breed is often used as a rescue animal to save drowning people. Whether it’s a lake or the open ocean, Newfoundlands are good enough swimmers to brave the deepest, choppiest water.

Dogs can be left or right pawed!

Nope, it’s not only humans that have a preferred hand. Like us, dogs have a paw that they predominantly use. Put a toy on the ground, like a ball, and see which paw they use first. This will give you a pretty good idea of their stronger side.

Not only have they got an amazing sense of smell (as much as a 100,000 times better than a human’s, depending on the breed), but dogs have amazing hearing too, capable of picking up sounds at 4 times the distance of the average person. Alongside this, they have about 18 muscles in their ears, so if you notice your dog’s ears move a great deal, that’s because they’re picking up sounds in different directions; sounds that are often completely imperceptible to our own ears.