Looking for a guard dog? These are the best breeds | Under One Woof

Home > Blog > Looking for a guard dog? These are the best breeds

Looking for a guard dog? These are the best breeds 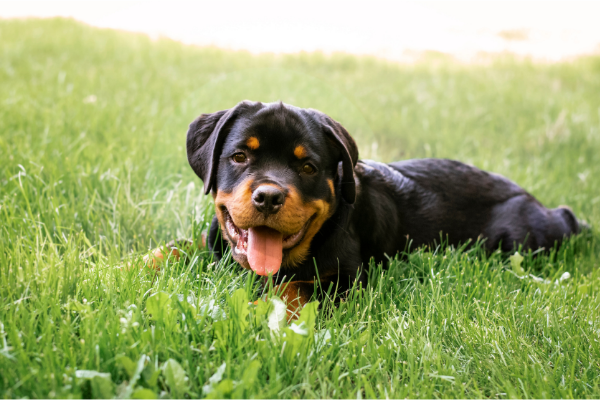 Sometimes, we all want to feel like we’re being protected. In these moments, it is better to have an established guard dog breed at our side than a miniature poodle. Looking for a noble protector on four legs? Here are some of the best breeds you can go for.

There’s a reason German Shepherds are used by police forces the world over. They’re alert, intelligent and calm under pressure. That said, they also won’t hesitate to act, making them one of America’s most popular guard dogs. What’s more, German Shepherds are good around the entire family – just make sure to give them plenty of exercise on a day-to-day basis.

Rotties have a spotty reputation and are often considered dangerous or aggressive. That isn’t really true, and a well-trained Rottie is a lovely companion. But they do need a firm, experienced owner to keep them under control. Always make sure your Rottweiler has been given the tools to obey your command, with proper socialization to boot. With these things in place, they’re an excellent protector of the family home.

You only need to take on look at a Bullmastiff to realize that he’s no joke. With a powerful body and incredible strength in his jaw, he’s not a man to be messed with. That said, this breed is docile and playful around the family, and they enjoy being a part of a larger group – whether it’s children, adults or even other pets. Give them a reason to enter protection mode, however, and they’ll quickly snap into gear. Like all the dogs on this list, they need proper handling from an experienced owner.

The ultimate bodyguard, the Cane Corso was an ancient Roman watchdog that fiercely protected its family, and was also used to herd cattle at times. Corsi are not for the faint of heart, so don’t set about owning one if you’re inexperienced with dogs. In the right hands though, Corsi are cool and competent operators that can make for wonderful additions to the home.

Boerboels are South African farm dogs with a fearsome reputation. They’ve even been known to dissuade lions from coming too close to livestock. Boerboels are now recognized by the American Kennel Club and can be safely purchased from quality breeders. Owing to their enormous size, look out for joint issues in later life, and make sure to give them plenty of socialization and training early on.

Like the Boerboel, the Rhodesian Ridgeback heralds from Africa and is known to be a deterrent to lions. It’s not a naturally obedient breed, so only experienced owners should take on the responsibility. Still, handled properly, these dogs are sweet and affectionate – until they smell trouble. Watch out for their bark… a Ridgeback won’t bark unless they perceive a threat on the horizon.