The biggest dog breeds in the world | Under One Woof

Home > Blog > The biggest dog breeds in the world

The biggest dog breeds in the world 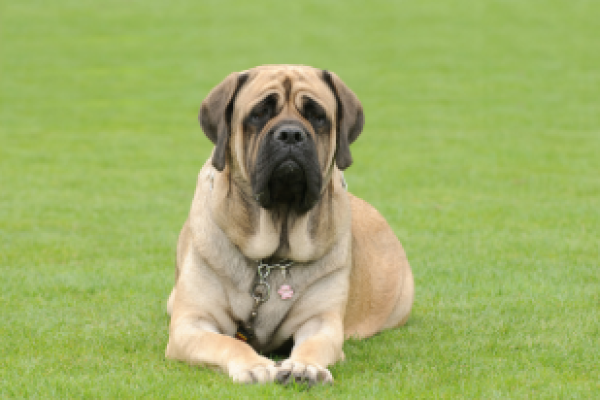 Head to a big city and you’re likely to see French Bulldogs and Poodles everywhere you look. These small city dogs are the perfect companion in a compact apartment. But what the other end of the scale? What of the heavyweight breeds that are taller and larger than their peers? Well, these animals are better suited to the suburbs where larger homes are commonplace. Despite their formidable size, they make wonderful companions too, which is why they’re the focus of today’s article.

The tallest dog breed(s) in the world

There are two breeds that could be classified tallest. On the one hand, most people think the Great Dane deserves the crown, with the breed regularly scaling 30 inches in height on all fours. Have a Great Dane stand on its hind legs, however, and it can tower over both male and female owners.

The Great Dane is a mix between an English Mastiff and an Irish Wolfhound but actually heralds from Germany, where its name – Deutsche Dogge – translates to German Matiff.

The official title, however, goes to the Irish Wolfhound (as per the American Kennel Club). Wolfhounds should typically reach 32 inches in height and weigh 180 pounds – 60 pounds more than a Dane on average. They are an ancient breed and were deployed to chase down wolves, something that should give you a sense of their sheer might.

Both breeds need good quality food – and plenty of it – yet make excellent family dogs, with easy-going temperaments that stand in contrast to their sheer physical size.

A downside to any large dog breed is that they aren’t going to live as long as their smaller brethren in the doggy kingdom: expect about 6-8 years from a Dane or Irish Wolfhound.

The heaviest dog breed in the world

English Mastiffs are not only tall, they’re also heavy: the heaviest breed in existence to be exact.

A fully-sized male can reach an enormous 250 pounds – the equivalent of a heavyweight boxer – but there have been stories of English Mastiffs exceeding 300 pounds.

Much like the other dogs mentioned in this article, these big-boned brutes are incredibly good-natured and easy-going. For this reason, they make great family pets – provided you have the space and the store cupboard to match!

The Saint Bernard is another popular heavyweight breed. Weighing in at about 180 pounds and reaching 25-30 inches in height, Bernards were once used as rescue dogs, but are now more commonly found in domestic homes where they’re reliable and easy-going companions.