Common signs of ageing in dogs: what to look out for and what to be worried about | Under One Woof

Home > Blog > Common signs of ageing in dogs: what to look out for and what to be worried about

Common signs of ageing in dogs: what to look out for and what to be worried about 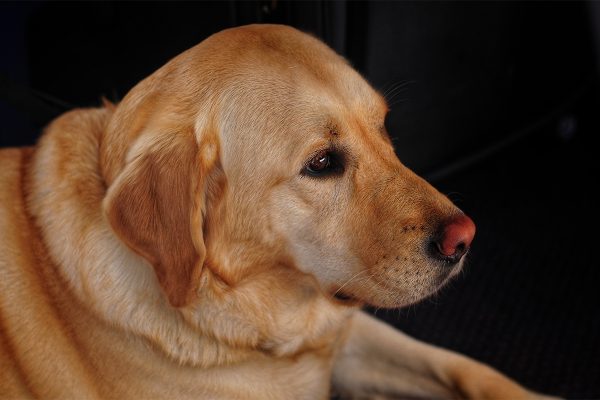 Dogs change as they get older. The same is true of any sophisticated animal. However, certain behavioral changes might not just be a symptom of the ageing process and might be indicative of a larger problem.

Here are a few things to look out for.

My dog is moving more slowly than usual

Dogs inevitably slow down as they get older. They’re less well equipped to deal with strenuous exercise, they take frequent naps, and their movements might start to resemble those of an animal walking through mud.

But not so fast.

The physical changes might have a very real underlying cause.

Arthritis is a common affliction that affects elderly dogs. If his movement has slowed, take him to the vet to have his joints checked out.

A word to the wise: arthritis medication for humans is extremely toxic to dogs, so don’t, under any circumstances, medicate the animal yourself.

If arthritis isn’t the cause of your dog’s reduced movement (something your vet will be able to comprehensively prove) another cause might be cognitive dysfunction syndrome (CDS), which is a bit like doggy dementia. Scans show that the disease takes on similar properties to vascular dementia in human patients.

Stand around the house looking confused? No longer greet you when you return from work, something that was par for the course in years gone past?

These are both signs that dementia is setting in.

My dog has lost his appetite

This is one of the surest signs that your dog is in a bad way. Any animal that is dying, or in serious ill health, will retreat form the prospect of food. If you see a sustained reduction in appetite take your dog for a check up post haste.

My dog is off balance a lot

This could have a simple cause, like an infection in the ear, but both dogs and cats are known to lose their balance when they’re dying, so this is yet another warning sign. If the problem persists for more than a day or two, schedule a visit with your animal specialist.

Fur and coat quality begins to worsen as the ageing process takes hold. Is your dog grooming itself less and less? This, combined with a reduction in appetite, suggests that animal is in the last phase of its life.

How will my dog approach death?

It’s not uncommon for a dog to be extremely affectionate in the days leading up to its death. Most animals have the innate ability to sense when their time has come, and this results in a period of intense neediness that just as quickly disappears as the animal retreats to a quiet corner of the house to mark its final moments. Dogs that disappear without a trace have more than likely accepted that their time is up, and as heartbreaking as it is, there’s nothing any owner can do about it

When are dogs classed as elderly?

Any dog that is in the last quarter of its expected life is an elderly animal. That lifespan varies depending on the breed, of course. As a general rule of thumb, the bigger the breed, the shorter its lifespan.

Concentrate on implementing a good exercise routine in the years leading up to your dog’s later years, and invest in good, wholesome meals from reputable brands high in omega 3s and good proteins. Both these steps alone will pay dividends as the years stack up.