Do dogs have a favorite human – and other common questions answered 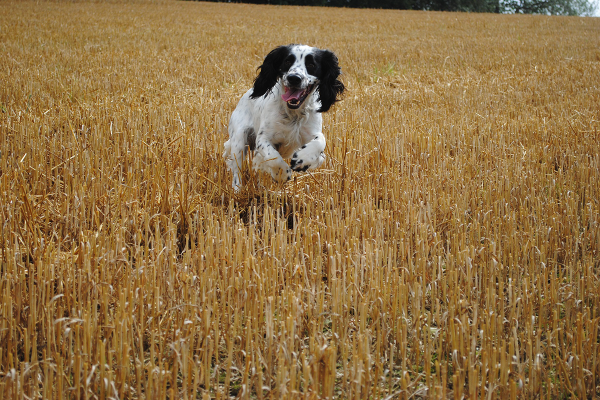 Question #1: Do dogs have a favorite human/person?

We’ve all been there: our favored dog rushes over to our significant other and lavishes them with attention. Hurt, we start to question why it’s happening, or wonder whether we’re imagining things.

Well, bad news, because dog behaviorists suggest that dogs can favor one owner over another, especially if your parenting styles differ.

For one, dogs’ brains develop hugely from birth to six months. The person that is there for them most often at this time will forge a strong bond with the animal.

For another, dogs favor people who give them attention. This is true at any stage of life.

What’s more, if you’re the one that regularly feeds the animal, you’re in prime position. Now, we’re not saying it’s a competition, but if you want to come out on top (OK, maybe it is!) be there for mealtimes and make sure you take them on regular walks too.

Of course, in the end, we jest, because like parenting a child, owners should be there for a dog in equal measure. Only if you’re regularly inattentive and distant will you start to feel a dog’s affection towards you drifting. If that happens, get back in their good books with a good, long walk – followed by mealtime.

Question #2: Why do dogs make the “puppy dog” face?

This one’s really interesting. After dogs separated from wolves more than 30,000 years ago, they largely coexisted alongside humans. As this relationship grew, dogs not only became domesticated, they started to learn how to interact with us.

One of the key ways a dog communicates with an owner is through its face. Though closely related, dogs and wolves don’t share the same facial structure, and dogs actually have muscles that exaggerate the expression they’re making. The old “puppy dog” face is at the apex of this. Because those sad eyes make us go weak at the knees, we’re more likely to be kind to our animal. Dogs recognize this, and it’s actually considered an evolutionary trait, one that’s stayed the course precisely because it works on humans so well.

Question #3: Are dogs smarter than cats?

The size of the brain doesn’t necessarily determine how smart an animal is. Elephants have brains four times the size of ours, yet far less cerebral power.

The real predictor of intelligence, according to neuroscientists, is the number of neurons in the brain.

This stands to reason too. Larger breeds are typically used to help humans, be it as a guide dog or a rescue animal. That dogs can be trained so easily and comprehensively is a clear indication of their processing power.

But if you’re a cat lover, don’t worry. Cats have plenty to offer too, and they’re certainly able to adapt and develop to an environment over time. From opening doors reserved for humans to finding hiding spots away from the neighborhood dog, cats regularly demonstrate their canny and smarts.