Do dogs sweat? and other questions answered | Under One Woof

Home > Blog > Do dogs sweat? and other questions answered

Do dogs sweat? and other questions answered 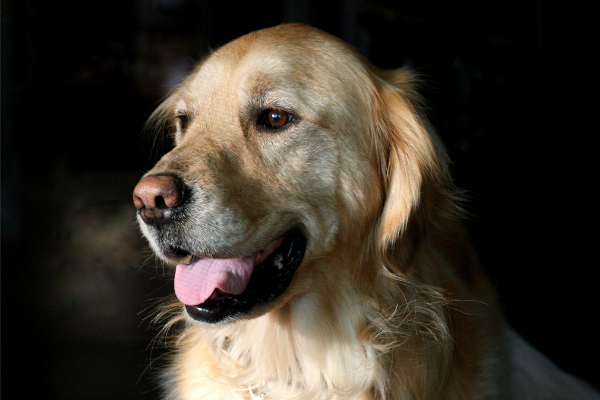 Some of the most requested topics at Under One Woof delve into the questions people ask about their dogs every day: do dogs sweat; how old a dog is in human years; why they pant more.

Today, we’re going to provide the answers to these common queries and try to demystify a few of things surrounding our beloved pets. So, without further ado, let’s get started.

Sweating is something that helps humans regulate body temperature, and dogs do in fact have this mechanism too – though it’s only through their paw pads. Since they don’t have sweat glands, dogs don’t actually excrete any moisture through their fur coats. That’s why dogs are prone to overheating and why you should never leave a dog in an unventilated, warm environment without ample water to hand. The backseat of a car in the baking summer heat, for instance, is no place for your dog to be confined for any period of time at all.

Why do dogs pant?

Dogs pant to stay cool, a mechanism necessitated by their inability to sweat through their coats. As we mentioned above, dogs can release fluids through their paws, but this isn’t enough on its own, and panting allows them to release hot air from their lungs and bring in the cooler outside air.

How do dogs see the world?

We think that dogs can see colors. Scientists speculate that our furry friends have red-green color blindness, a result of the fact they have fewer color receptor cells (or cones) in their eyes than humans.

Dogs tend to be nearsighted, and they’re also less adept at picking up changes in brightness. That said, they have far superior hearing to a human, and are also much better at picking up movement in the distance. These are likely facets of their makeup that evolved over time to make them better hunters.

And it makes sense. After all, if you think about it, do you really need to see all the colors of the rainbow to be expert at taking down prey? Probably not. Good hearing, and a sixth sense for movement, are bigger plus-points.

How old is my dog in human years?

There are a lot of great websites online that provide an estimate to this question, such as the Pedigree age calculator, which is quite specific and even lets you choose the breed of the dog you own (bigger dogs tend to live shorter lives).

As a general rule of thumb, though, your dog is about 15-years-old aged one and 24-years-old aged two. From here, every dog year equals about five human years. Remember, this isn’t ever going to e exact, but it’s a pretty good way of quickly coming to an answer.

Can dogs get colds?

Dogs can get “colds”, though it’s not the same infection that makes a human sick. The symptoms, however, are pretty similar: a runny nose, a set of red eyes, a cough and a wheeze are all par for the course. Take your dog to the vet if symptoms persist for more than a few days, or if you’re worried.