Dogs in focus: the Labrador retriever | Under One Woof

Dogs in focus: the Labrador retriever 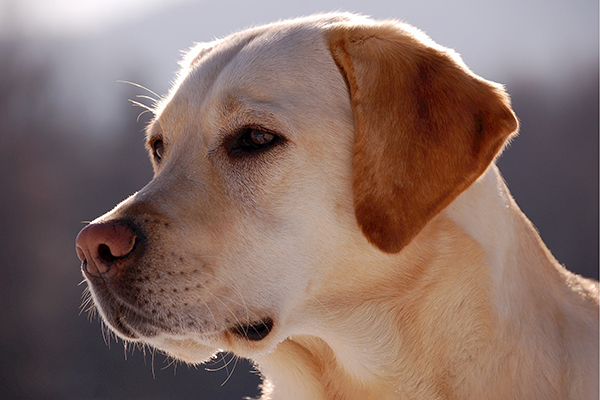 Welcome to a new series here at Under One Woof, one in which we look at different breeds on a case by case basis and bring their history and characteristics to light.

What are we starting with? One of the world’s favorite dogs: the Labrador Retriever.

Labs, as they’re affectionately called, are known to be charming and happy animals. In fact, they’re one of the most popular family breeds in the world for this very reason.

Labs are also very intelligent and by extension, trainable. Gentle and sweet, their temperament is one of their defining characteristics.

Labradors are native to Canada and, in particular, Newfoundland, the country’s 4th largest island.

Due to this upbringing, Labradors are comfortable in water, and they historically worked alongside fishermen, retrieving the catch from the trawl.

However, they truly came to prominence when British aristocrats spotted the breed and brought them back to England.

Over time, the breed was refined, though it has retained the thick tail which serves it in water (the tail works like a rudder) and the coat, which keeps a Lab warm even in harsh climates.

The breed was officially recognized by England’s Kennel Club in 1903, and it joined the American ranks in 1917.

Did you know that the Labrador Retriever is officially America’s favorite (most popular) breed? It’s sat atop this podium since 1991 – an incredible 29 years.

Labs have a lot of energy and need to be exercised frequently. Games they enjoy include fetch (frisbees, balls and so forth) and because of their background, they enjoy water too.