Dog myths debunked | Under One Woof 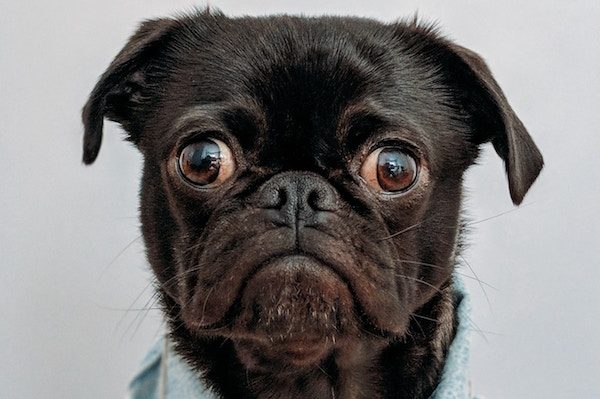 Myths – they enter the public’s consciousness and live on, doggedly persisting (excuse the pun) no matter how much our understanding of the animal kingdom improves. Some of these legends come from a good place, and on the surface, you might even think they’re true. But many of them, like the idea that chocolate can be given to dogs in moderation, is just plain dangerous.

Here we debunk a few of the misconceptions you’ll have seen doing the rounds. At the same time, we offer a more balanced picture of the facts.

The myth: When a dog is wagging its tail, it must be happy

The myth: Not so fast. Dogs wag their tail for a variety of reasons, and while it often means they’re happy, it doesn’t always. Just as a cat will flick its tail when it’s feeling irritated, a dog can do the same, so be attuned to its needs and make regular exercise a priority.

The myth: Some breeds are more aggressive than others – and that’s that.

The reality: All dogs can be aggressive if reared badly and aggression has far more to do with the way a dog is brought up than the breed it comes from. If pit bulls and rottweilers have a bad name, it’s only because they’ve got the strength to cause harm when antagonized. But that’s not to say they’re inherently prone to aggression. Raised well, so-called “aggressive” breeds are as sweet-natured as any other.

The myth: Like humans, old dogs are curmudgeons that are glued to the couch. Willing to get up and learn something new? Don’t be ridiculous.

The reality: Old dogs can add new strings to their bow, so long as they’re physically or mentally able to. Sadly, many senior dogs are battling senility or reduced sight and hearing. But for those seniors that are of sound mind and body, there’s no reason to leave them be on the couch. Spice up their routine with pleasure, only keep it slow, because seniors have got a lot less energy than a young buck.

The myth: Dogs only see colors in black and white.

The reality: Dogs see color, they just can’t pick up as many colors as humans. We do know they can see blues and yellows clearly, and to a lesser extent, greens and grays. They struggle to differentiate red from green, so in that respect, they share characteristics with humans with red-green color blindness.

Grass is a vomit-inducing exercise

The myth: When dogs need to bring their food up, they go outside and munch on grass.

The reality: Dogs are animals that have historically roamed wild in grassland and they’ve therefore got a connection with grass that has nothing to do with wanting to be sick. No one knows exactly why dogs eat sniff and chew the green stuff in our lawns, but it might be because they simply like the taste or want to know who has been on their territory. And yes, from time to time the grass can upset the stomach and vomiting occurs, but that’s no biggie after all.

The myth: Everything in moderation, right? A bit of chocolate here and there won’t be harmful to the dog in your life.

The reality: Not so fast. Baking chocolate is extremely toxic and half an ounce is enough to make a small dog seriously ill. Dark chocolate is toxic too and milk chocolate is hardly any better. And while white chocolate is more or less safe, don’t take the risk!