Dogs and security: breeds, tips and more | Under One Woof 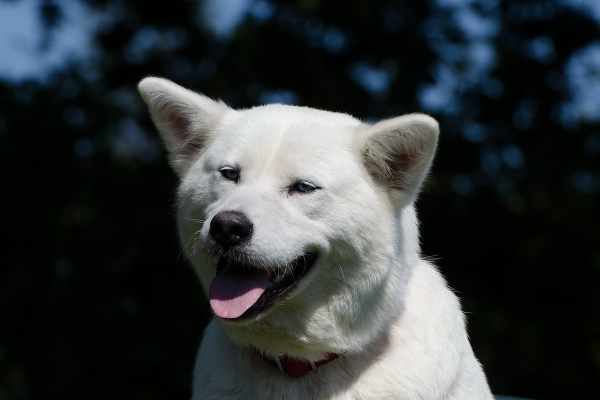 Dogs are alert, watchful and protective of their home. Territorial to a tee, they want nothing more than to protect their patch – and the owners that care for them. But not every dog makes an ideal guardian. Below, we’ve outlined four breeds that can fit into an ordinary American household, while acting as a first-class guard dog.

What are the best guard dogs?

Rotties have earned a bad reputation, perhaps because of their intimidating appearance and blank, often deathly stare. But appearances can be deceiving, because rotteweilers can be hugely affectionate additions to the home who guard their loved ones with zeal. They’re not for everyone, and they’re not always the most accommodating of strangers, but if you’re looking for a loyal member of the household, consider this storied breed.

Dobermans are related to the rottweiler, and they originated in Germany. Today, they’re known as excellent guard dogs with extremely powerful frames. There’s’ something princely about their arched ears and compact bodies, married to a sleek rust-black coat. High levels of obedience and very real intelligence make them excellent guard dogs, and they have an innate ability to read their surroundings. Be prepared to train this dog properly, though, because Dobermans can be hard work and they’re not to be bought on a whim.

Akitas originate in Japan but gained popularity in America after WW2. Despite their cute exterior they can be stubborn and uncompromising dogs who don’t take to strangers easily. This is not a breed that’s recommended for novices, but if you’re an experienced dog owner who wants a breed steeped in history – and a very able guardian of the home too – the Akita is a good bet.

A quick Google search will reveal that the Tibetan Mastiff is just about the most expensive dog breed in the world. These can go for thousnads of dollars, but if you’re looking for a dog that makes a statement, you can’t go wrong here. What’s more, Tibetans are excellent guard dogs, as they were originally bred to protect Chinese livestock. Territorial, yet good with children, the Tibetan can be taught his place in the home. Be sure to raise one of these from puppyhood, however.

According to many experts – police, criminologists and the like – many burglaries are the work of inexperienced opportunists who sniff an easy score. In that vein, if two properties are side by side, and one advertises a dog, the potential thief will almost always target the easier property.

If you’re in a high crime area and you want to deter opportunists, put up a sign that simply reads “Beware of the Dog”.
Alternatively, keep your animal on show.

That said, experts also agree that experienced thieves will not be deterred by a dog or an alarm system. But since so many burglars are inexperienced opportunists, you’re much more likely to be protected with a dog in the home. Refer to our four choices above for breeds that have both the size and intelligence to sniff out potential threats.