Dogs in focus: the beagle | Under One Woof

Dogs in focus: the beagle 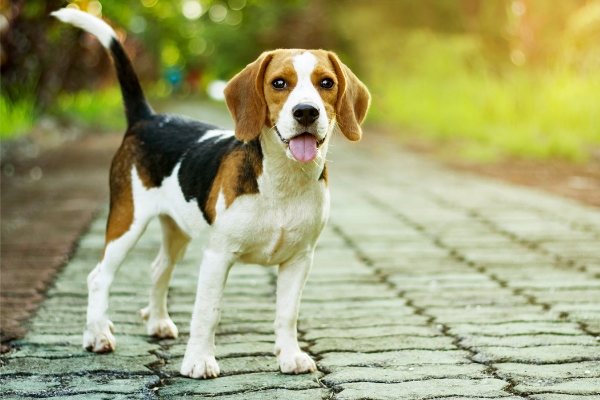 The beagle’s characteristic hazel eyes and long ears bring a smile to any owner’s face. Ranked the 7th most popular breed in America in 2019, it’s easy to see why these fun-loving dogs are such a hit with the whole family. In the article to follow, we’ll explore the breed in more detail.

Beagles have an impressive sense of smell

There’s a reason beagles are used to hunt hares – they’ve got one of the sharpest noses around. Humans typically have 5 million receptors to pick up scents. Beagles? 220 million. Take them on a walk and you’ll notice that their snout leads their feet – not the other way round. These dogs are highly trainable and very intelligent; in concert with their nose, they’re incredibly useful in law enforcement circles, often used to sniff out drugs at crime scenes and airports.

Beagles require minimal bath time and really only need to be brushed a couple of times a week. They don’t emit the traditional “doggy” smell, either, and don’t drool like other breeds. This makes them a particularly neat addition to the home, though spring is shedding season, so bear this in mind.

Beagles are used to operating in packs and need a lot of socialization. Bear this in mind if you don’t have any other dogs in the house, or if you’re going to be away from home for long periods of the day. When a beagle is unhappy, he’ll voice his displeasure quite vocally too. Put it this way: you’ll know about it.

Are you a couch potato? Then the beagle isn’t for you. This hyperactive breed needs an hour of walking a day. Much of this energy can be traced back to the breed’s history. As hunting hounds, they would have spent large portions of their time sniffing out prey.