Famous dogs in history | Under One Woof 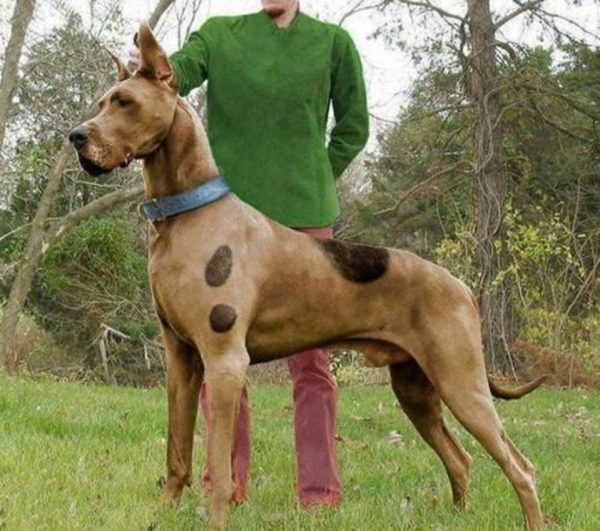 In the last few articles we’ve talked about how dogs and humans are similar in ways we often don’t realize, and today, it’s time to look at another aspect of doggy culture that mirrors our own: the canine celebrity.

350 rescue dogs were deployed at the site of the Twin Towers’ destruction on September 11, 2001. Appollo was the first dog on the scene with his handler Pete Davis, a mere fifteen minutes after the attack.

For sixteen hours a day, Appollo and a brigade of rescue canines scoured the area in search of survivors, no one working more tirelessly than this nine-year-old German Shepherd.

Because of their efforts, a number of survivors were found and brought to safety, and Appollo was awarded an American Kennel Club Ace award in 2001.

From 1954 to 1973, Lassie was one of the most popular TV shows on American television and propelled its titular hero to Hollywood stardom. The story of a dog and her friends resonated with audiences across the country.

Lassie was first played by Pal in the TV show, a Rough Collie who lived from 1940 until 1958, reaching the ripe old age of 18. Pal had originally starred in the 1943 Lassie movie and was an obvious fit for the TV show, but due to declining health, he didn’t occupy the role very long. Turns out Pal did father several pups that would help go on to pick up the mantle, and all the dogs that have appeared in the Lassie franchise since are direct descendants of Pal.

How’s that for a lineage?

Did you know: Lassie is a female character, but the dogs that have portrayed her have all been male. That’s in part because male collies have thicker coats which look better on film, and in part because their bigger frame works on camera next to a child actor who is growing fast.

Saturday mornings haven’t been the same since a lovable Great Dane appeared on American television screens in 1969. Proving that we’re a nation that loves our dogs, Scooby-Doo hasn’t left since.

The show was originally going to be called “W-Who’s Scared” and wasn’t set to feature a dog at all, but this idea was deemed to be too scary for kids and so the lovable Great Dane was added to the mix. Scooby was named after a line in Frank Sinatra’s “Strangers in the Night”.

Scooby is an all-action dog who helps save the day, and his popularity soared when during the first year of his existence, before seeing a resurgence in the early 2000s.

Did you know: Scooby is perpetually seven-years-old.

We all have different opinions of the people that hold public office, but there’s no doubt that Barack Obama won the hearts of dog lovers in 2009 when he let slip that daughters Malia and Sasha would arrive at the White House with a doggy companion in tow. That companion turned out to be a Portuguese Water Dog named Bo.

Sales of Portuguese Water Dogs quickly shot up and enjoyed a sudden burst of popularity, the likes of which the breed hadn’t seen since their introduction to the US in 1960.

Bo was chosen in part because he and his breed as hypoallergenic, meaning they don’t pose the usual number of problems to people with severe allergies (Portuguese Water dogs shed very little hair, which is good news, because Malia Obama is hyperallegenic reportedly).

As for Bo, he got the company of a little Portuguese Water dog sister in 2013 – named Sunny.

Did you know: Portuguese Water dogs have webbed feet and are excellent in water. Originally, they were used by fishermen on boats.