Five ways to help your dog live longer | Under One Woof 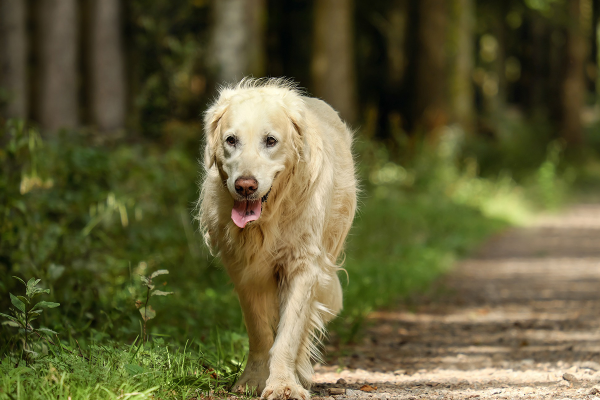 Yes. a dog’s lifespan is partially determined by its genetics. Smaller breeds like Chihuahuas typically live between 15-18 years, whereas German Shepherds live for an average of 10 years. In the case of even larger dogs, such as Great Danes, that number can fall as low as 7. Yet there are a host of lifestyle factors involved as well. In the article to follow, we’ll unpack just a few things you can do to keep your dog happy and healthy for as long as possible.

Make regular exercise a part of their routine

We say it all the time, but exercise is hugely important, not only for a dog’s mental wellbeing, but for its physical condition too.

Obesity and early death are tightly correlated. Obese dogs put more strain on their joints and develop arthritis as they get older. By contrast, dogs that are a healthy, lean weight tend to live 2 years longer on average.

To keep your dog lean, give them an hour’s exercise a day. A simple outdoor routine that includes brisk walking and running will do the trick.


Look after your dog’s teeth

While you can’t expect your dog to have the breath of a human, you should do everything you can to maintain their teeth. Buy a special doggy toothbrush and use it on their teeth and gums twice a week. Avoid human toothpaste, as this can be harsh on the gums. For plaque that’s tricky to remove, visit a vet.

Make sure to de-worm him

Dogs that are regularly sick are more likely to die early. To guard against this, deworm your dog and give him a heartworm preventative every month.

On the topic of medicine, one thing you shouldn’t do is over-vaccinate your animal. Experts say that vaccines are not medically imperative every year, and over-vaccination can actually cause illness.

While your dog is young – still a pup – schedule visits to the vet two to four times in the first year, and at least annually when the dog is an adult (a year and older). The goal is to screen the animal for problems early on, alleviating dangerous symptoms down the line.

Give your dog a space to relax in

Like people, dogs need to unwind. If they appear unwilling to engage in a strenuous activity, don’t force it on them. Instead, make sure there are plenty of hours in the day where they can lie down quietly without interruption. Give them a doggy bed somewhere in the house that they can call their own – this sense that they have a space with their name on it will aid their relaxation further.

One final tip: if mealtimes are frequent, and your servings are large, you run the risk of your dog putting on weight despite the best intentions in the world. To guard against this, try a month where you reduce the serving size by 25%, and monitor their waistline thereafter. Studies show that a simple reduction in meal sizes can have a dramatic impact on lifespan. In the end, a thinner dog is more likely to live longer than his larger cousin – irrespective of breed. (Of course, it goes without saying that a rake-thin animal isn’t healthy either. Speak to your vet about the ideal weight you should be aiming for).