Home > Blog > Great dog movies to curl up to this winter

Great dog movies to curl up to this winter 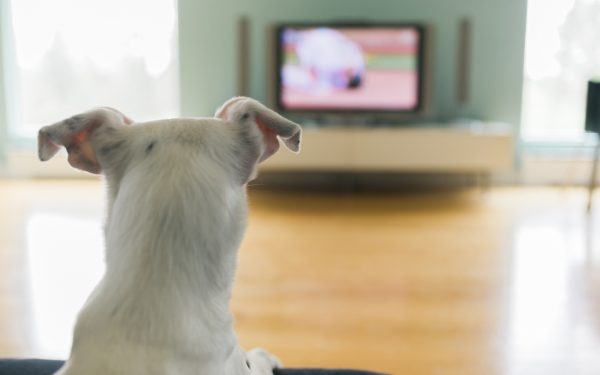 Ever noticed that your dog perks up when other animals are featured on the TV? Yep, dogs can see images as we do, and they’ve got the brainpower to recognize animals as if they’re right in front of them. That’s especially true when dogs are on show and dog noises – like barking – are broadcast through the speakers. So, with that in mind, a dog movie or two on a cold winter’s evening is a great way to get together and give your pup some stimulation. Here are some great picks for 2019, available through Netflix, Amazon, or good old-fashioned DVD.

Based on the best-selling novel by John Grogan, Marley & Me stars Owen Wilson and Jennifer Aniston as married writers who bring home a dog – the titular Marley – to test whether they’re ready to raise a child or not. What follows is a heart-warming family story about a rambunctious dog that simply refuses to behave. John goes on to write about Marley’s misadventures to a captive audience at the Philadelphia Inquirer before a tear-jerking ending brings a close to this sweet movie. A great one for the whole family to enjoy – the dogs included!

Is there a more heartbreaking animal movie? The ‘90s remake of 1963 original is one of Disney’s very best, and an absolute hit with kids. Telling the story of an American Bulldog, Golden Retriever and Himalayan cat left with family friends, the trio decides to make their way to their loved ones on a cross-country trek unlike any other. Like all good stories, it’s got lashings of wit, warmth, heart, and sadness, and the ending will likely have the whole family in tears.

This Netflix flick is a remake of 1973 original, following the stray Benji who rescues two New Orleans kids and steals the hearts of everyone in the process. The adventures of this mixed breed doggy are heartfelt, and it’s a very touching movie, with a focus on drama over comedy. Catch it on the streaming service, where it’ll likely reside for a while, given it’s a Netflix production.

Starring the late Paul Walker, this survival epic is based on the 1983 Japanese film and explores the story of an Antarctic guide who tries to rescue eight Huskies after the dogs are left out in the cold and wild for five solid months. It’s a truly amazing picture, one that explores the powerful and often inexplicable bond shared between dogs and people. The movie was released in 2006 and was a box office hit for all involved – more than ten years on it still holds up today and is sporadically available to watch on Netflix, or can be rented from Amazon Prime.

101 Dalmatians is a classic Disney story. One hundred and one dalmatians are trapped inside the de Vil mansion, overseen by the evil Cruella de Vil, who has a penchant for clothes made out of animal fur. Like any Disney film, there’s a happy ending to be had, but plenty of heart-pounding moments to endure along the way. And while 101 is primarily a movie made for kids, there’s no doubt plenty of entertainment to be gleaned from it for adults as well. The movie is based on the 1956 novel of the same name by Dodie Smith, and the 1961 animated movie.