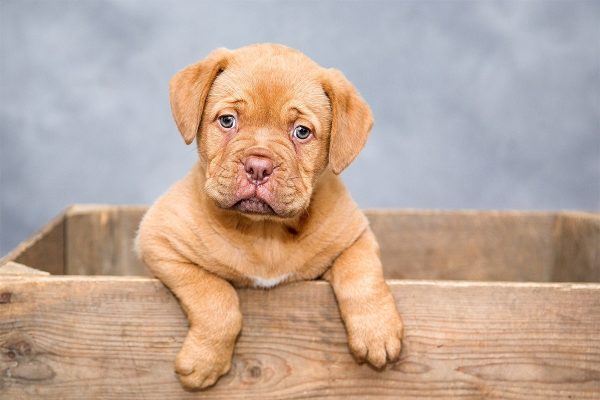 Suspect your dog is pregnant? Wondering how long the pregnancy lasts, and how many pups are likely to be born at the end of it all? We’ve got you covered in this pregnancy guide.

How do I tell if my dog is pregnant?

Unlike humans, getting a read on whether your dog is pregnant or not can be tricky. The signs are not as obvious.

Things to look out for include:

1. An increase in hunger levels

2. A change in behavior (often, they become keener on affection)

3. An inability or lack of desire to exercise

The best way to confirm your suspicions is to take your dog to the vet. Dogs that have been pregnant for three to four weeks will begin to exhibit signs that vets will be able to capitalize on. These are some of the methods used to determine whether your dog is pregnant or not:

1. Relaxin is a hormone female dogs release when they are 30 days into their pregnancy cycle. Tests that are conducted for this hormone before that 30-day mark are likely to return a negative reading, so this method isn’t full proof.

2. Another method is to feel the dog’s stomach. The little sacs you’re looking for are only about the size of a table tennis ball, so this is again best left to the vet.

3. An X-ray is best used when a female has been pregnant for some time – approximately 45 days. Waiting until this point allows a veterinarian to tell you exactly how many puppies are in the litter, which is useful during pregnancy, which we’ll explore a little further down.

4. An ultrasound is an excellent method too, and should be employed three to four weeks in to a pregnancy.

How long are dogs pregnant for?

Like humans, there’s a ballpark figure that experts use when asked this question. That figure? 63 days.

How long does labor last?

Labor comes in two stages and the first stage is practically invisible. It can last half a day or an entire 24 hours. Is your dog refusing to eat or acting oddly? Panting? Discharging mucus, blood or pus?

Stage two is the outwardly obvious stage: in other words, puppies are delivered. If you know how many puppies are in the litter by following the X-ray step above, you know how many puppies are expected to be delivered, and this helps to determine whether your dog is having a good pregnancy or not. New puppies should be delivered within 30 minutes to an hour of one another. If the adult female takes longer than two hours to deliver a pup, call the vet, as this could be a sign that the pregnancy is in trouble. A botched pregnancy can be terminal to the unborn puppies and their mother.

How many puppies does a mother typically give birth to?

Dogs have, on average, between eight and ten teats: ergo, they can provide milk for up to ten pups at a time.

But that doesn’t mean they automatically give birth to ten pups of course.

Studies have been conducted to work out the average. One, in 2011, looked at over 224 breeds and 10,000 families: all the totals were added and then divided by the number of participants, with the final average coming to 5.4.

Variation comes in when you factor in the size of your breed. As you’d expect, larger breeds typically produce more offspring – anywhere between 7 and 8 on average. With very small breeds, this drops all the way down to 3-4 puppies.

In 2004, a Neapolitan mastiff was recorded giving birth to an incredible 24 pups. Neapolitans are known to produce a lot of offspring, but 24 is extreme, and the average for this breed hovers between 6 and 10.