How long do dogs live? | Under One Woof

How long do dogs live? 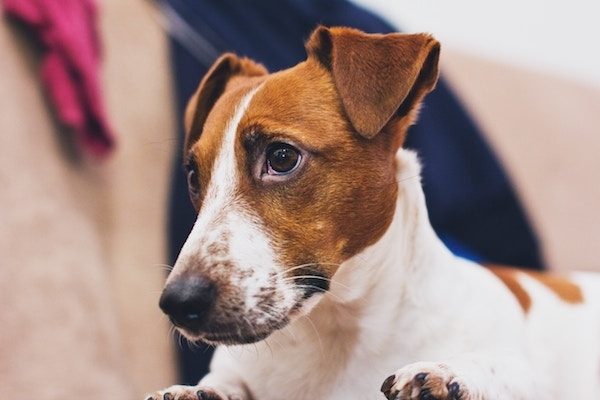 Morbid as it might be, every owner has to front up to the fact that their dog won’t live forever. A single dog year is roughly equal to seven human years, but like humans, life expectancy varies depending on the dog and the breed. With that in mind, let’s take at the longest-living breeds followed by the shortest-living members of the doggy kingdom. Read until the end, because we’ve got some pointers on keeping your dog as fit and healthy as can be.

The Jack Russell started off as a hunting dog that pursued small animals with its nose to the ground, but it has become one of the most popular breeds for pet owners around the world. The good news? The Jack Russell lives a long and pretty healthy life too.

Jack Russells do have certain illnesses they’re genetically predisposed to, and these include:

On the whole though? They’re a friendly, fun-loving breed with very few health problems to their name.

Chihuahuas are titans of health and vitality and can live as long as 20, provided they’re in good shape, genetically sound, and not overweight (this point is crucial). Also, females tend to live a little longer.

They’re not predisposed to any serious illnesses, although they do suffer from tooth problems, including decay and gum disease.

Also, in rare cases, watch out for:

The Cockapoo is a “designer breed”: a cross between a Cocker Spaniel and a Poodle, the cutely-named Cockapoo has a bit more Poodle in her judging by the length of time she lives (Poodles tend to outlive Cocker Spaniels).

Issues that can develop in the Cockapoo include:

The Boerboel (pronounced boo-er-bull) was bred by farm owners in South Africa as a security measure to protect the land. Beorboels are incredibly strong, loyal animals, but because they’re so muscular and so big, they tend to suffer from joint pain and limb problems later in life, and their life expectancy is markedly shorter than that of a smaller breed.

The two major problems to look out for in larger Boerboels are:

Some experts have estimated that the Rottweiler is the costliest breed to have in your home. Not only has it got a ravenous appetite, it has scattershot energy levels, lazing on the couch one minute, up and barking the next. You’ll want plenty of room to keep this breed happy and Rotties can be sensitive creatures too, so they need plenty of care and attention if they’re to live a long and healthy life.

Issues to look out for include:

There are dogs that live shorter lives (like the Bernese Mountain dog and the Irish Wolfhound), but the Mastiff is perhaps the shortest-living dog commonly found around the world.

The Mastiff is a powerfully built, heavyset dog that is incredibly good with kids, and great fun to have around the house.

Unfortunately Mastiffs don’t live long lives, and that might be partly because of their size. The Mastiff can weigh as much as 220 pounds, but some have been known to reach 300. They struggle to regulate their heat, so despite needing to be exercised, they’re not tailor made for lots of walking.

Problems to look out for:

No matter what breed you have however, all dogs benefit from a few simple bits of advice: