How to curb your dog’s barking | Under One Woof

Home > Blog > How to curb your dog’s barking

How to curb your dog’s barking 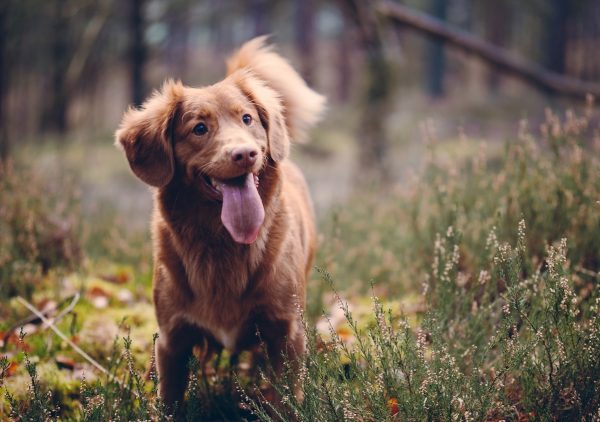 Dogs bark. Of course they do. Everyone knows that the yap or howl or cry is one of the main ways a dog talks to its owner and communicates to the world.

By that token, the occasional woof is perfectly normal.

But a dog that barks incessantly can cause the neighbors consternation and can prove a deterrent to visitors. The animal is using vocal language to communicate a problem, and is controlling the home, unintentionally or other otherwise.

As the owner, you’re in charge, and here are some ways to take back control.

Give your dog physical stimulation

A bark, if nothing else, can be a sign of pent up energy. Dogs bark to show they’re unhappy or frustrated and that’s a sure sign they’re not getting enough exercise.

Institute daily walks and see if it fixes the problem. If not, make the walks longer and more strenuous. Never reward a barking dog with a walk immediately; that only reinforces the idea that the barking is working.

The more you can tire your animal out, the more you’ll create a home environment that is relaxed and welcoming to visitors.

Favor a routine. Walks at the same time every day will give your dog a sense of security that will keep them from automatically resorting to loud behavior when they’re unhappy.

Moderate your dog’s energy when you come home, and before you leave for work in the morning

Excited barking that greets your return home from work every night is fine in moderation. But it quickly becomes a problem when the noise keeps going on and on and on, especially if you’re the recipient of this behavior day after day after day.

You’re going to be heading off to work and heading home again an awful lot in your dog’s lifetime, so don’t make the going to and fro seem like it’s a ceremony.

It’s normal to want to smother your dog in hugs and kisses before you leave for work and make a big fuss of them when you come home, but you’re only creating the perfect environment for excitement.

Favor a more low-key approach and reap the benefits in the process.

Provide affection at the right time

As the owner, it’s important for you to stop your dog associating a bark with a reward.

Only give attention when your dog is in a submissive state. Use exercise to lower their energy levels and, assume control of the house by radiating self-assurance. Dogs are very good at reading and interpreting subliminal signs of power (or lack thereof), so the energy you radiate actually has a bigger impact on the situation than you might think.

Don’t match a bark with a bark

You can’t beat a dog for the sheer noise it makes and while a barking dog can be very frustrating, resist the temptation to immediately start getting angry. Dogs don’t cooperate with people that are flying off the handle. It’ll only fan the flames. In other words, barking angrily at a barking dog only exacerbates the situation!

Make sure your dog isn’t cooped up all day

Dogs that are locked out in the yard all day are going to bark because they’re lonely and bored and want someone to rescue them from the situation. It’s irresponsible to leave a dog alone for a large portion of the day, so investigate whether your office has an open-door pet policy, or check whether there’s a daycare in your area that you can visit before and after work ends. A daycare will ensure your animal isn’t lonely and frustrated and marooned outside the whole day.