How to get your puppy’s diet right | Under One Woof

Home > Blog > How to get your puppy’s diet right

How to get your puppy’s diet right 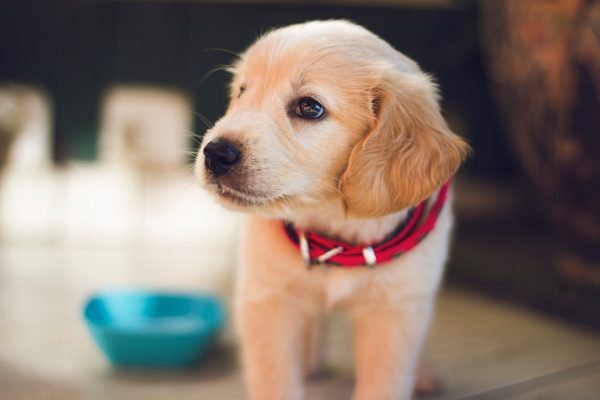 Young dogs grow fast and this formative time in their life is incredibly important to their health in later years.

It goes without saying that you want to be careful with any growing animal, but puppies and nutrition are a big one, and there are plenty of mistakes people make that, with any luck, you can avoid by reading the article below.

How often should you feed your dog?

When your dog is young, it’s growing fast.

When your pup is between four months and six months old, decrease the regularity of their meals to three times a day, and once they’re older than six months, drop this down to two meals a day, a routine you can keep going for their entire adult life.

A word to the wise: always keep your dog’s weight under the microscope and adjust portion sizes depending on the way they’re looking. Your eyes are often the best gauge and guidelines are just that: guidelines. The real proof is in your dog’s appearance, so if you feel they’re getting too large – a common problem with young pups – pull back on the portion sizes or start decreasing the regularity of mealtimes.

While it’s tempting to cut costs by picking up budget-priced food imported from overseas, you’re always going to be better off buying brands “Made in U.S.A”.

Also, be sure to check the ingredients list, because no matter where it’s been made, foods that list meat by-products as the first (predominant ingredient) are a no-no.

If you’re buying meat, a meat should be listed first.

This is true at any time in the dog’s life, but especially when it’s young. Sugary foods spike insulin levels in dogs as well as humans, leading to the age-old “sugar crash”.

This goes for chocolate too, which is extremely poisonous even in small quantities. While milk chocolates are less deadly than the pure cocoa variety, they can still cause a deadly reaction in the animal. Biscuits, cookies and general chocolate-related snacks should all be kept on the top shelf just in case.

A word of warning about “puppy food”

Puppy food is great when your animal is young, but don’t make the mistake of feeding it to your pup for too long.

Highly calorific and designed to give your pup the supercharged boost it needs, “puppy food” is unsuitable for dogs that have hit maturity.

So when has your dog hit maturity you ask?

Check with your vet to be absolutely sure.

Getting your dogs on the solid food

When maturity has been reached and the time has come to feed your pup the proper adult fare, take your time making the transition. Over a two-to-three-week period, start introducing adult food and slowly reducing the quantities of puppy food in the bowl. Move the needle until, by week three, the bowl consists only of adult food and the “puppy” moniker has been put to bed entirely!