Home > Blog > How to tame your dog’s anti-social behavior

How to tame your dog’s anti-social behavior 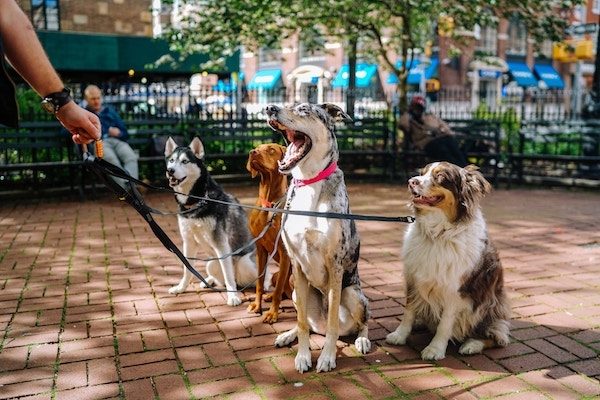 Looking to exude calm, show assertiveness and teach your dog all the right habits? We’ve got the lowdown on some common problems – and some handy solutions – right here.

How to: guard against rowdiness

Getting home from work to find the dog has chewed the carpets and is scrabbling over the floorboards to jump up at you?

That’s a sure sign he isn’t getting enough exercise.

Make sure you ignore him until he has calmed down. Don’t make eye contact and don’t reinforce the behavior with a positive emotion like physical touch. Only once he is in a sedate state should you give him attention, treats and affection.

Going forward, makes sure you up the exercise quotient. 30 minutes of walking twice a day is optimal.

How to: stop aggression

Dogs that are hyper aggressive are commonly telling you two things: they’re frustrated because they’re not getting enough exercise, and they’re taking liberties with your leadership, which is a sure sign they don’t respect it.

An old myth, and one we addressed in this article, is that some dog breeds are simply more aggressive than others. In reality, all breeds can be aggressive. The real difference is that if a Pitbull lashes out, the damage can be far worse than if a chihuahua does the same!

To assert yourself as pack leader, be firm but fair. Your dog has to work for positive reinforcement. The first step is to make him wait. Bring out the lead – indicating a walk is coming – but don’t start that walk immediately. Your dog should wait expectantly. Open the door a little and see how he reacts. If he leaps towards the exit, shut the door firmly, and repeat the process.

Once you’re on the walk proper (which we’ll discuss more in the next point) exude calm energy. A dog picks up on the slightest tells.

Once home, repeat the waiting trick. Get the food ready and see how he reacts. If he’s leaping at you, put the food away and give him no attention. Serve the food only when you’ve subdued him, then reinforce this emotional state with a pat of affection.

How to: stop lunging

It’s that age-old nightmare: you’re taking your dog on the walk you’re supposed to, only another dog walks past, and a game of lunging starts.

Well, what you should do immediately is adjust the collar on his neck, pulling it closer to his head, so that when you pull on the leash you’re tugging him upwards, not backwards. That immediately gives the command to “relax”, rather than turning it into a game.

Another good tip is to walk in front of your dog or beside him when stimulants are close by. Once you’re clear, you can let him get back in the lead again.

Finally, watch your energy again. Keep your arm extended and relaxed, not tensed. Something as small as this can make a difference

How to: work with a fearful dog

If your dog is terrified of domestic appliances, like the vacuum cleaner, get him used to the noise and the sight of the device using a few tricks.

First, you’ll want to have treats ready. Bring the dog closer to the vacuum using a doggy treat, but importantly, don’t bring the cleaner closer to the dog. That’ll put him in a surrendering state. You want him to make the move.

When the vacuum is on, makes sure your dog is on a couch or a table, so that he’s “above” the noise. Then offer him the treat. If he displays positive behavior while the vacuum cleaner rages (he’s wagging his tail, for instance) give him the treat. If he’s crouched, or uncertain, tease the biscuit but don’t reward this behavior. He’ll soon learn what sort of behavior he needs to adopt.

Finally, watch your energy again. Dogs will imitate behaviors that you exude. As the leader of the house, you’re not worried about the vacuum one bit. Soon enough, your dog will mimic the energy you give off.