Microchipping your dog - why it's a good idea | Under One Woof

Home > Blog > Microchipping your dog – why it’s a good idea

Microchipping your dog – why it’s a good idea 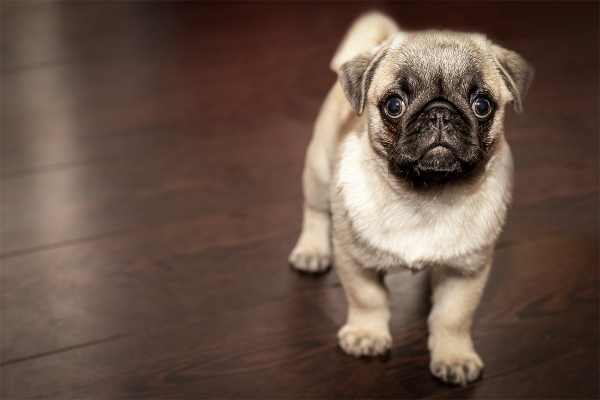 All countries in the European Union and many countries across the world require dogs to be microchipped. The microchip is a unique identifying code that allows any vet to trace the lost animal to a home. In the United States, the practice is still not mandatory, but in the article to follow, we’ll list several reasons why it’s a good idea – and exactly what it entails.

What is a microchip?
No bigger than a grain of rice, the chip is implanted in your dog’s neck, and costs less than $100. It’s unobtrusive, and your dog won’t notice it at all.

If your dog goes missing, the chip can be scanned by a vet, and the unique number will be paired with the listed address – yours.

So, why should you invest in one?

Lost family pets are a big issue in the United States
Only a small proportion of the dogs and cats arriving in animal shelters are microchipped – and many are from families looking for their lost loved one. Experts suggest that if a dog is not chipped, there’s a 90% chance he’ll never be found again. What’s more, as many as 1 in 3 dogs go missing during their lifetime. A microchip is a surefire safeguard against this.

Microchips would reduce the overcrowding problem in shelters
This one simply stands to reason. By increasing the number of dogs that can be identified and paired with owners, you help to reduce the burden placed on shelters, which are groaning beneath the weight of stray dogs with no identifiable home to return to.

Chips are safer than collars
Collars can be easily removed. Chips cannot. They require an expert to remove and read it. Once they’ve been read by a vet, they provide irrefutable proof that the dog is yours.

Microchips deter owners who abandon their animals
Many strays wind up without a home because they’re dumped on the side of a road by an owner who no longer cares for them. Many countries across the world have made microchipping mandatory for this very reason. Bringing such a system to the US, or at least encouraging people to adopt it, would give owners pause.

Microchips would deter owners who weaponize their dogs
A subgroup of owners in the United States gets hold of dogs for the express purpose of weaponizing them. A microchip system would act like a firearm serial number. The dog, who has been bred to cause harm, could be traced directly back to the homeowner. Prison sentences and fines could help curb this destructive and ghastly behavior.

Implementing mandatory microchipping might seem like a bold step, but in the meantime, the system should be encouraged as much as possible. It’s safe and pain-free for the animal, and it’s the very best way of keeping a dog safe. As a loving owner, it gives you the very best thing of all: peace of mind that if your animal ever goes missing, it has the very best chance of being returned to you. Any lost dog is, of course, in a degree of danger. But without a microchip, the animal has a very slim chance of ever being brought back home.