A look at the national dog of countries worldwide – part one 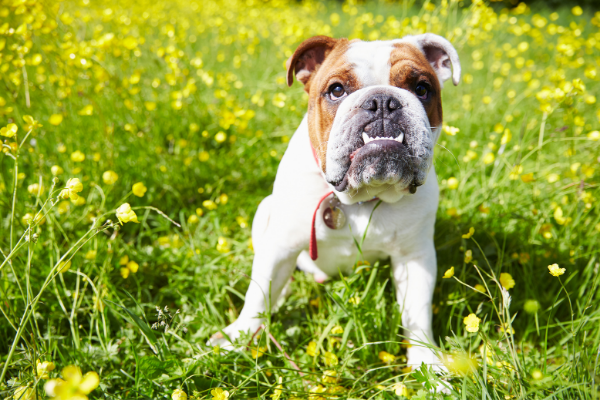 In a new series, we’re going to look at countries around the world and the dog breeds that represent them. Some of these breeds are official representatives, some are not, but they’re all distinctive members of the American Kennel Club and fascinating animals to discover in more detail.

We’re going to kick off with four countries – and four breeds. Some you’ll have heard of, but a couple might be foreign to you.

Perhaps the oldest of all purebred dogs, the Afghan Hound is steeped in history and dates back thousands of years to rural Afghanistan (and parts of what we call India and Pakistan today too).

These regal dogs are distinctively shaped with elegant coats and thin, pointed faces. They have aloof personalities and startling straight-line speed, and perhaps because of their rich history, celeb suitors too. Pablo Picasso famously owned an Afghan Hound in the 1960s.

Though England doesn’t have a national dog per se, the British Bulldog is thought to embody the values of the island. This is partly because the breed is so old. It dates back to the 13th century and was owned by one of the country’s most famous statesmen: Winston Churchill.

British Bulldogs are popular in America too, coming in at 5th on the 2019 list of most popular breeds in the country.

To own one is to have a lovable companion who enjoys a walk as much as a cuddle.

The national dog of France is, of course, the Poodle.

As the seventh most popular dog in America (2019 ranking), the Poodle is well-known on our shores, with a longer-than-average life expectancy and a distinctive coat.

It comes in three different varieties – the miniature, the toy, and the standard size. Poodles are small, measuring just about 15 inches at their peak. They are also fashion accessories, having gained popularity with aristocracy and, more recently, celebrities.

Beyond the Poodle’s exquisite aesthetic charm, it’s a wonderful swimmer too.

Known as the most powerful mastiff in Africa and a breed that’s capable of repelling lions, the Boerboel is a powerful farm dog native to South Africa. Its name literally means farmer’s dog, and it was bred for the express purpose of keeping farm owners, livestock and family members safe from intruders and other wild animals.

Today, the Boerboel has gained a modicum of popularity in the United States. Its sheer size means the is likely to develop joint problems later in life. And with a life expectancy of nine or ten years, those later years come quickly. But if you want a dog that’s loyal, calm and a pleasure to be around, there’s nothing quite like one of these guardians in the home.