Nine of the hungriest, most obesity-prone dog breeds | Under One Woof

Home > Blog > Nine of the hungriest, most obesity-prone dog breeds

Nine of the hungriest, most obesity-prone dog breeds 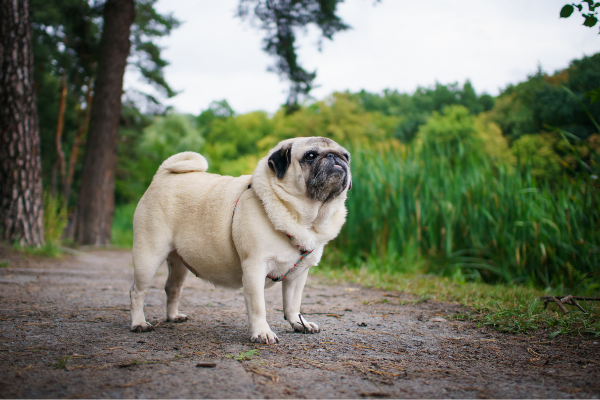 In the list to follow, we’re going to look at the ten dog breeds that are prone to overeating and getting… well, a little fat. If you don’t want to be eaten out of house and home or want to avoid having to restock the pantry every day, you might want to keep these doggos on a short leash.

Scottish Terries don’t have the biggest appetites on this list, but they do have the ability to get chunky fast. That’s all because an underactive thyroid gland which slows down their metabolism. In essence, they don’t burn what they eat very fast, and since they’ve got stumpy legs, they’re not burning many calories through exercise either.

With a short snout, Bulldogs don’t find breathing as easy as other breeds, and they’ll use any excuse to stay on the couch as a result. Besides, a Bulldog loves his food, and he’ll happily eat everything you give him. Try to exercise your Bulldog every day while keeping portion sizes reasonable to prevent weight gain.

Like Bulldogs, Dachshunds aren’t the most active breed around. They’re quite happy sitting around doing nothing. In response, make sure you exercise them regularly. A 30-minute walk is perfect, as they’ve got short legs and can’t walk for hours on end.

The worse they eat, the more lazy they become. With that in mind, feed your Rottweiler high quality food and make exercise a priority. Failing this, they’ll grow depressed and lethargic and pile on the pounds, due in part to an underactive thyroid gland.

These hulking dogs gain weight very easily and absolutely hate exercise. They should be walked regularly, provided you can entice them out the house. To do that, you might need a snack or two on hand, so you’ll have to work hard to get them to stick to an exercise regimen.

Small in stature, you’ll often see owners carrying Pugs. But these dogs should be walked, not carried, as they have insatiable appetites and an aversion to exercise. Like the Bulldog, they also have a short snout, which means they can struggle with their breathing at times. They’ll take any excuse not to get their steps in as a result, but don’t let that deter you.

The Lab is a family-favorite, but this breed tends to eat their weight in food: and they’re not discerning either. Give them a calorie-controlled, high quality diet and make daily exercise a priority, lest they pile on the pounds.

Because they’re so small, and so light, unnecessary weight can be a real problem for a Chihuahua. You should also resist the urge to carry them all the time, because that limits their calorie expenditure, and only increases the likelihood that they’ll put on weight.

These dogs are bred to work, but quickly fall into bad habits if left idle for too long. A Bassett Hound will eat you out of house and home if you let it, so limit portion sizes and stick to an exercise routine.