Charting presidential dogs through the years | Under One Woof

Charting presidential dogs through the years 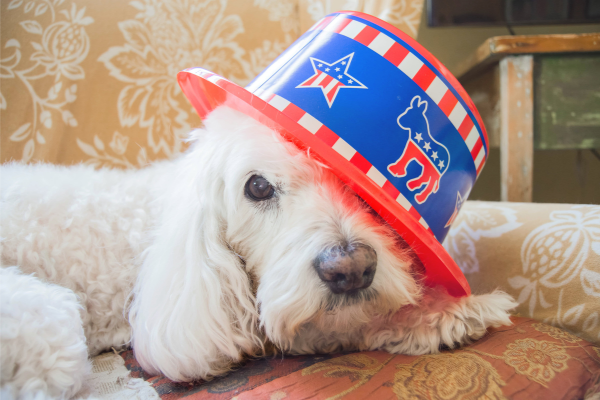 The 2020 election might still be undecided (two days on at the time of writing), but that doesn’t mean we can’t stick with a presidential theme for this week’s Under One Woof piece.

So here are a list of presidential dogs that have made their mark throughout history, and at one time, left paw prints in the White House.

The 31st US President reigned from 1929 to 1933. A Republican, Hoover was notable for holding office during the Great Depression. His dog, a Belgian Shepherd, was named after the Egyptian pharaoh King Tut, and actually helped on the campaign trail, appearing in an adorable campaign photo alongside his master.

The 32nd US President reigned from 1933 until 1945 and is known as the American leader that orchestrated victory in WW2. Roosevelt, like many Americans, was partial to the German Shepherd. His dog, Major, had a naughty streak, and would often chase White House staff around the grounds and house.

John Fitzgerald Kennedy, the 35th President of the United States, had several dogs, including Terriers, a Saint Bernard and a German Shepherd named Clipper.

Johnson followed on the heels of JFK, but unlike his predecessor, was partial to Beagles, the small hound with the incredible nose. Johnson owned at least five – Kimberly, Freckles, Edgar, Him and Her, though the first two were gifted to his daughter Luci.

Did you know? Beagles are comparatively neat dogs – they do not drool and rarely shed.

Nixon served a presidential term from 1969 to 1974 and is America’s 37th President. He had an Irish Setter named King Timahoe, a Terrier named Pasha, and a Poodle named Vicki.

Did you know? Poodles are known for their high level of intelligence.

At the helm throughout much of the 80s, Reagan was America’s 40th President and a former Hollywood actor. He owned a Cavalier King Charles Spaniel named Rex and a Bouvier des Flandres named Lucky.

Did you know? The King Charles Spaniel was featured on the show Sex and the City, and enjoyed significant popularity in the 80s and 90s.

George senior owned two Springer Spaniels – Millie and Ranger – while his son, George W., owned the pup of Millie (Spot). In addition to this, the younger Bush had two Scottish Terriers – Barney and Miss Beazley.

Clinton, the long-running 42nd President of the United States, owned a Labrador Retriever named Buddy. Labradors are one of the most popular breeds throughout America.

As we’ve written about before, Obama owned two Portuguese Water dogs – Bo and Sunny – who became celebrities in their own right, regularly appearing in photos with their famous owner, or stealing the show on walks with the entire family.