Top tips for dealing with excessive barking | Under One Woof 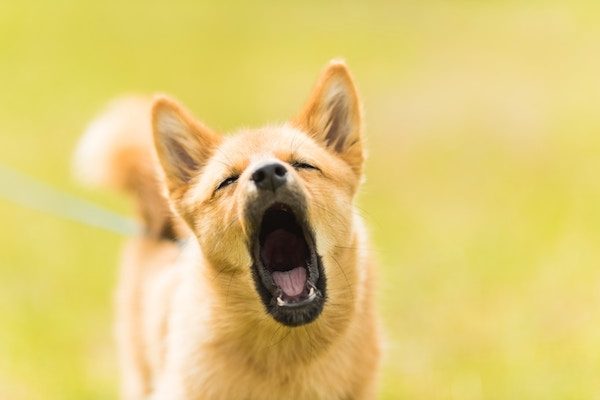 All dogs bark, but excessive noise can be wearing for both you, your loved ones and your neighbors. While it’s tempting to do nothing and let the noise wash over you, excessive barking is a sign that a dog is over-excited, bored, or afflicted with a real problem. Here are some tips to heed before you look for professional help.

There’s a great saying to keep in mind. “Sleeping dogs do not bark.” A dog is a big responsibility and no owner should leave their animal to grow bored or restless. Give them as much exercise as possible; wear them out so that they’re ready to fall asleep. Buy them a toy, and make sure you up the play time.

Dogs react to excitement. So if there’s a knock on the door and you rush to answer it, you’ll whip your animal up into a frenzy.

Instead, train your dog to get over the noise. When the bell rings, sit quietly and do nothing. Once your dog quietens down, give them a pat on the back and a treat to boot. Station a friend outside your door and repeat the process, and when you do finally answer the bell, do it in a measured and calming way.

The same goes for paying your dog attention. If they’re loud, pay them no heed. Once they stop the noise, however, give them a doggy treat and a pat on the back. The key is to be patient and to trust in the repetition of these exercises.

When your dog is making a never-ending racket it’s normal to get angry and react with frustration. But raising your voice is only going to make your pet think you’re joining in the fun. As hard as it can be, resist the temptation to shout at all costs.

Excitable dogs tend to be the ones that bark the most, and they very often react to stimuli outside the confines of your home. In short, draw the curtains so that your pet isn’t rushing to the window to watch a cat sauntering across the road. Also, try playing soothing music so that they’re not reacting to far-off sounds. Sometimes, even a fan can help mask outside noise.

Play hard to get

Dogs crave attention. It’s one of the reasons they bark in the first place. When they’re barking, try turning your back and tuning out the sound for a good few minutes. They might bark more. But once they realise that they’ll only get attention by being quiet, you’ll set good things in motion.

Don’t go in for a punishing collar

You don’t have to look far to find dog collars that give dogs a nasty shock the minute they bark.

But as Jolanta Benal notes, this “doesn’t address the underlying issue.” Moreover, they can be set off by noises your dog hasn’t made.

But more than anything, reacting to barking with aggression simply worsens the problem. Just as you shouldn’t shout at a barking dog, you shouldn’t punish it either.

If you’re trying all of the above and your dog still barks without letting up, consider getting professional help. Your dog may be suffering from a skin irritation or general anxiousness. Either way, it can’t hurt to seek professional help.

With that being said, do try the tips outlined above first. Often, an increase in exercise does the trick on its own. In the end, a calm dog doesn’t bark non-stop, so foster a sense of serenity in your house and diligently reward good behavior as well.