What causes dogs to hoard – and what can be done about it? | Under One Woof

Home > Blog > What causes dogs to hoard – and what can be done about it?

What causes dogs to hoard – and what can be done about it? 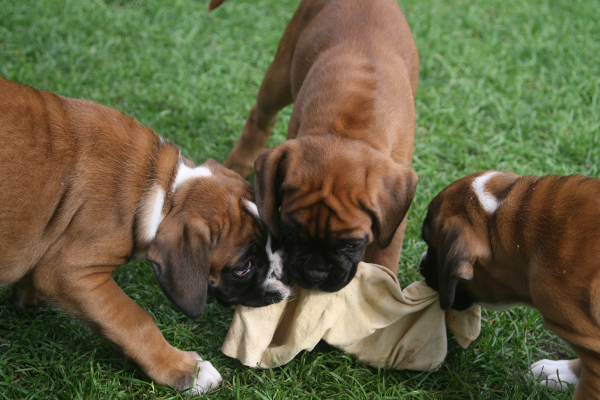 We all know people who live in homes crammed high with nonessential things that have long since passed their expiry date. But did you know that dogs often resort to hoarding as well? Worse, dogs will often pick food as the object of their affection, then hide leftovers in hard-to-find places. If you’ve got a suspicious smell coming from the underside of the couch, chances are you’ve got a hoarder on your hands. Here’s what you need to know, and what you can do about it.

Why do dogs hoard food?
The behavior goes back thousands of years. Dogs are descended from wolves and wolves would have had irregular meal times. The ability to eat would have depended on the wolf’s ability to catch and kill prey. In such an environment, one where uncertainty abounds, keeping leftovers would have been a smart strategy as it would have made braving barren days easier.

Compounding the problem is the fact that dogs struggle with a conception of the future. They live in the present. So not only are they acting on a hardwired instinct, they’re also doubting whether future meals will be forthcoming. This, despite the fact that you feed them every day!

What can be done about it?
We’ve stressed the importance of routine in the past, and this is a salient strategy again. We’ll unpack a few proven strategies below.

Tip #1: Keep mealtimes consistent
A dog is less likely to hide its food if it’s immersed in a routine that sees a meal delivered at the same time every day. Most people feed an adult dog in the morning and evening, and a puppy in morning, evening and in the afternoon. Make sure meal times remain consistent – to the tee. This will go some way to solving the problem.

Tip #2: Walk your dog before the evening meal
As bedtime approaches, you want to relax your dog so that he not only sleeps well, but he behaves. Before you feed him his last meal of the day, take him for a walk. This will tire him out and reduce the likelihood of excitable, unhelpful behavior. It’ll also mean he’s had to work for what he’s eating, instead of being served it on a literal plate.

Tip #3: Make sure your dog is submissive before feeding him
Your dog should be in a submissive state any time he receives a meal. An excitable, cantankerous dog is more likely to indulge unhelpful behaviors. So, before you put the food in the bowl, make sure he’s seated and calm. If your dog refuses to sit, simply refuse to feed him. Sure enough he’ll make the connection that to get what he wants, he needs to play by your rules. Again, rule-setting is important, because dogs are domestic animals that expect to be in a hierarchy.

Tip #4: Take the bowl away as soon as he is done
If you’ve been struggling with his hoarding complex, monitor him while he eats and remove the bowl when he moves away. This means he’s unable to come back and take away food for later. Additionally, this will help break the bad habit he’s gotten into.

Is your dog hoarding toys?
In addition to food, dogs will commonly stash their prized possessions in inaccessible parts of the house. This isn’t as big a problem, per se, but it is symptomatic of the same underlying issue. In response, take away the toys and only give your dog one or two to play with. This will simplify his life, reducing his anxiety, and with any luck, will solve the attachment issue he’s suffering from.