What dog breed is right for you? | Under One Woof

Home > Blog > What dog breed is right for you?

What dog breed is right for you? 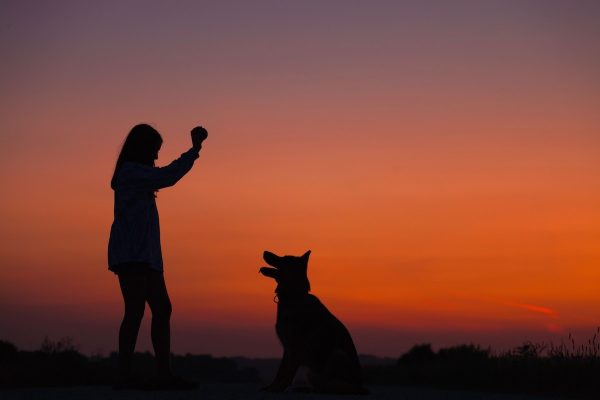 Choosing the right dog for your home can be a difficult decision, especially if you’re making the choice for the first time. There are a multitude of breeds in existence, with different needs, habits and quirks. Personalities wildly vary too, and there’s often no correlation between physical size and the size of the dog’s personality. So just because you’ve chosen a miniature pug doesn’t mean you’re getting a mild-mannered companion!

Every dog is ultimately different, but breeds do have common characteristics that reappear time and time again. So without further preamble, let’s dive into the different scenarios and pinpoint the breeds that could work best.

You’d think that big dogs would be ill-suited to apartments while smaller dogs would fare better in a confined space. But it doesn’t always work like that. In fact, temperament plays a bigger role in the equation. The medium-sized Curly-Coated Retriever, for instance, is fairly low on energy and quite content to enjoy downtime on its own. It can grow between 60-95 pounds, so if that’s too large, consider the Boston Terrier. With its distinctive black and white coat, the Terrier weighs no more than 25 pounds and comes with very low exercise requirements. It’s also easy to keep groomed, making it ideal for those who don’t have a lot of time to spare. But in the end, dogs are social creatures, so don’t deprive them of your presence for too long.

Best friend to all your pets and a lovable member of the tribe, this is a dog that never leaves your side and shows affection come rain or shine. Looking for something fairly small? You can’t go wrong with the English Cocker Spaniel, which originated in England but has been a staple of American life for years. In fact, look no further than messers Truman and Nixon, two former presidents who both had Cocker Spaniels of their own.

Or how about a Golden Retriever? It’s another American staple and one of the most popular breeds of all. An absolute star with children, Golden Retrievers are as good as gold throughout their lifetimes and highly intelligent animals to boot. But remember to give them plenty of exercise, as they need to direct their energy towards play.

Got space to roam somewhere out of the city? An American Foxhound will benefit from the real estate. These companionable dogs get along well with their furry friends and love exercise. They’re not suited to the city, so keep that in mind. Or you might opt for the Nova Scotia Duck Tolling Retriever, often referred to as a “toller”, which thrives on exercise and is a dab hand at hunting too. This medium-sized breed has a lifespan of 10-14 years and is easy to train with a never-ending thirst for staying active.

Dogs to avoid around children

If you’re raising a young family, steer clear of the Rottweiler. Though it makes an excellent guard dog, the breed can be unpredictable and at times aggressive, especially if not properly trained. The Weimaraner is another inelegant choice. With energy in spades, this breed is bred to hunt day and night and has a demanding exercise routine that will clash with any family. If you’re inexperienced owner, steer clear especially.

Dogs on a budget

Not got a lot of money to spare? Want to keep food and grooming bills to a minimum? The Jack Russell is a great low-maintenance option that won’t eat you out of house and home. The Yorkshire Terrier – ‘Yorkie’ – is another good bet and a tiny addition to any home. Just keep in mind that what it doesn’t require in money, it requires in time and attention.