Why do our dogs pant: what’s happening in the body, and what does it mean? | Under One Woof

Home > Blog > Why do our dogs pant: what’s happening in the body, and what does it mean?

Why do our dogs pant: what’s happening in the body, and what does it mean? 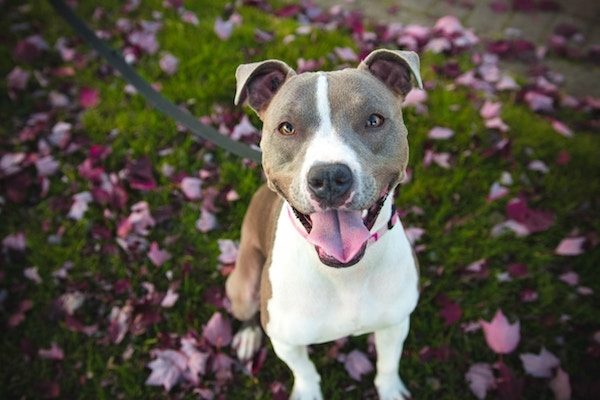 Cats and other animals rarely do it, but in the doggy kingdom, panting is common practice. So what’s happening when our four-legged friend has their mouth open with their tongue extended, and they’re letting quick breaths escape?

If all’s well, your dog is simply trying to cool down.

In humans, we release heat by sweating. But dogs don’t sweat. At least, not really. They do have sweat glands on their paw pads but they mostly release heat through their saliva. Tongue out, mouth open, the saliva evaporates fast – cooling them in the process.

A panting dog is a thirsty dog. All that evaporated saliva means the onset of dehydration occurs in the blink of an eye, so keep plenty of water handy. The average dog needs to consume – on a daily basis – an ounce of water per pound of bodyweight. If your dog weighs 50 pounds, you’re looking at 50 ounces of water.

What are common causes?

Anything that raises your dog’s core body temperature can cause your dog to pant. Very often, dogs will pant when they’re in a good mood, which is usually accompanied by a wagging tail.

So when should you be worried?

If I suspect something is wrong, what should I look for?

– In some cases, a panting dog has an object in their throat. Check their gums. If the gums are paler than normal, that can be a warning sign.

– Take your dog’s temperature. 102.5 degrees Fahrenheit is the upper limit. Older dogs are generally less at risk from heat stroke than puppies, so look out for this in young ones especially.

– Is your dog throwing up? They might have ingested something that’s poisonous.

– Is your dog panting when its indoors on a cool day? This might indicate it’s in pain. Check their pupils: are they bigger than normal? Are they licking a particular spot on their body? That’s likely where the injury occurred.

Panting is commonly a sign of anxiety as well. Is your pet acting strangely? Trying to stay clear of you or doing the opposite, and sticking to you doggedly? Rejecting food? Hiding their tail and licking their lips a lot? If you’ve recently moved house, the new surroundings might be causing this behavior. Or perhaps you’ve had a short temper with your dog recently, which can often result in doggy stress. Our pets are more influenced by our moods than we realize.

Do some dogs pant more than others?

Yes! Brachycephalic dogs (these include pugs and bulldogs, the Shih Tzu, Cavalier King Charles Spaniels, and so forth) are likely to pant more than their peers, and that’s totally normal. That’s because they’ve got flat skulls and shorter noses.

Keep in mind that these dogs can suffer from BOAS (Brachycephalic obstructive airway syndrome), so keep your eyes trained for grunting or snorting, wheezing and narrow nostrils, slit-like nostrils.

In the end though, panting is normally your dog’s body working the way it was intended. Without the benefit of sweat glands covering the body, your furry friend needs to release the heat its accumulated and the long, flat tongue is particularly good at catching the cooler outside air. That’s because the tongue is filled with blood vessels, while the accompanying drool and saliva is all part of the natural process as well.

But as we’ve outlined, in some cases, excessive panting can be a cause for concern. Any dog that doesn’t seem to be able to stop – or doesn’t want to stop – should be taken to a vet for a check-up.