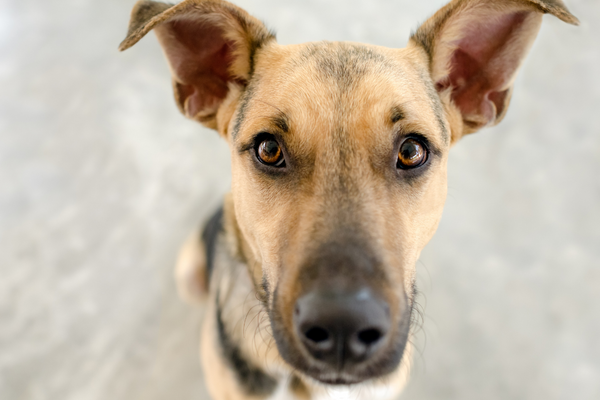 Thanks to a resource like Google, we can take a look at the burning questions dog owners are asking every day. In today’s edition of the Under One Woof newsletter and blog, we do just that, with five of the most popular questions posed to the search engine giant covered here.

Whether you’ve ever wondered why your dog stares at you, or the sheer number of doggos in existence around the globe, we’ve got the answers to the Internet’s most popular questions.

How many dogs are in the world?

If there are 7 billion people in the world, give or take a few hundred million, then how many doggos are there? This is a question a lot of pet owners have been asking, and according to our research, the best estimate is 900 million. About 10% of those (90 million) are in the US.

How long can a dog go without eating?

We assume this question has come from concerned owners who are worried about their dog’s appetite. It’s true that animals will sometimes forgo food when they’re not feeling well, but if your dog hasn’t eaten in 24 hours, take her to the vet. For the record, she’ll be able to go about five days in total, but you really don’t want to stretch it that far.

Why are my dog’s eyes red?

Dogs are prone to allergies just like humans. On the other hand, your dog might have suffered an injury, especially if only one of the eyes is showing signs of redness. There are also issues like glaucoma that can be serious if untreated. If the redness doesn’t clear up in a few days, take her to the vet for a specialist opinion.

Why is my dog throwing up?

Again, this is a wide-ranging question that’s difficult to answer decisively. The most common reason a dog throws up is because she’s made herself sick by eating too much grass. You’ll notice cats retching after eating grass too, though they typically do this on purpose, as a way to cleanse their stomach. The litmus test with vomiting is the frequency and duration: if it’s a one-off you’re probably fine, but if she’s struggling to keep food down continually, schedule an appointment at the vet as a matter of urgency.

Why does my dog stare at me?

Often, for attention! They love you and they want to see you staring back. Oh, and a little bite to eat wouldn’t hurt either – would it? Pahhleeeease. Other times, they’re genuinely confused about what you want them to do. Did someone say bone?!

How long do dogs stay in heat? For the answer to this question, refer to our companion article on the topic, which tackles yet more of Google’s most-fielded doggy questions.