Home > Blog > 3 steps for socializing your puppy the right way

3 steps for socializing your puppy the right way 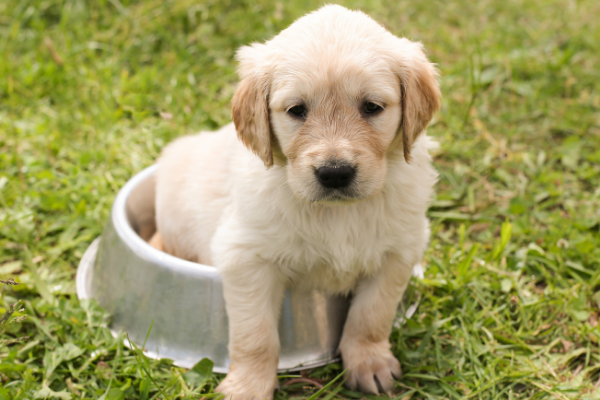 Dogs are social animals, but that doesn’t mean to say that socialization comes naturally to them. Often, when you become the owner of a puppy that grew up in trying conditions, you’re on the backfoot from the off; other times, you take possession of a purebred who has her own particular quirks.

Dogs that are not properly socialized often fear humans – especially those that are not their owner. This makes it incredibly difficult to do anything with them.

With that in mind, it’s very important to train your dog to tolerate – and enjoy – the company of other people (and animals).

We’ve got 3 strategies to keep in mind as you go about doing this.

Puppies are a sponge: given the chance, they’ll absorb new information and adapt to their environment, but once they get too old, they’re more resistant to change. That means that you’ll want to socialize them in the first few weeks of life, though, as we’ll explain later, be wary of overdoing it.

A good way to start is with a daily walk – this gives them a chance to absorb their milieu in a controlled setting (controlled, as you’re holding their leash and dictating proceedings).

Next, invite friends over – preferably with a foreign dog in tow – and use treats to assuage your pet and let them know they’re doing a good job.

However, always be mindful of the setting this interaction takes place in…

…Don’t take your puppy with you everywhere

Early socialization is a must, but it’s easy to overdo it. You want to avoid taking a young puppy to an event filled with sights, sounds and people, then having them forced to interact with the crowds. After all, puppies don’t like being gripped firmly and petted by complete strangers in a strange environment. This is a recipe for disaster and can cause problems down the line.

Instead, make sure socialization takes place on your walks, or within the confines of your home. That ensures you’ve got control over the situation, and your dog has a modicum of comfort too.

We often misunderstand canine body language. This is a problem, as dogs use their bodies to tell us how they’re feeling. When you become the owner of a young pup, it’s your responsibility to research what an action means. For instance, dogs that yawn, or reveal their bellies, aren’t necessarily feeling tired of playful. In fact, these can both be signs of submission – and submission is a sign of fear.

Learn to read body language like an expert. Dogs don’t just bark – they use their eyes, bodies and tails to tell us everything we need to know. You can check out or companion article on the topic for more.