Why you might consider adopting an "older" dog | Under One Woof

Home > Blog > Why you might consider adopting an “older” dog 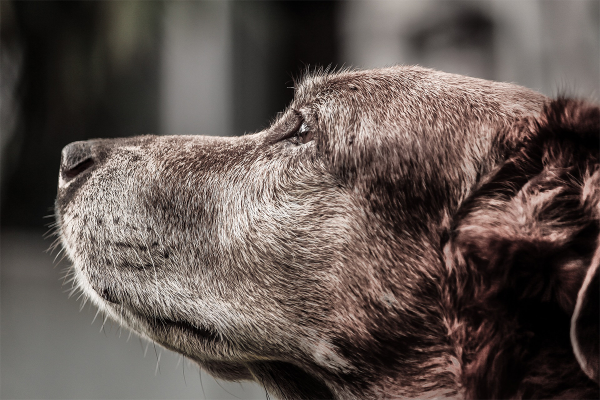 Pups are all the rage, and with good reason. Who doesn’t like owning a cute young dog, one that you can watch develop and grow? Old is not as cool, of course, but many people simply don’t realize that adopting an elderly dog is even a viable option.

Well, hopefully this article will give you pause for thought.

A “senior” dog is typically between the ages of seven to nine, and in the article below, we’ll outline a few good reasons to consider adopting a senior dog, as opposed to a fit young pup.

Elderly dogs in shelters have been abandoned

When we think of dogs in shelters, we typically confine our thoughts to young pups. But all across America there are senior dogs in shelters looking for a family to join. These are abandoned animals who might once have had a home, but who are now on their own. Why have they ended up in a shelter? The reasons will vary, but it doesn’t mean the dog has behavioral problems, as we’ll explain a little further down.

Elderly dogs are often trained and know how to understand humans

While pups take a lot of work and diligent training, older dogs often understand basic commands from the get-go, making the transition from dog shelter to family home all the easier. Added to this, it’s actually possible to teach an old dog new tricks, and studies show that seniors have the ability to concentrate for longer periods of time than young pups. Ergo, you’ll have an easier time coaching a senior.

Young dogs are full of life, full of energy, full of gumption. They’ll bark, they’ll scrabble, they’ll yap. They’re great companions if you have a tones of energy, but they’re a lot of work too. A senior dog will present none of the same headaches. A senior might have already had children; it’ll have its full set of teeth (teething can often cause reckless behavior); it’ll be sage and wise and calm. Moreover, a senior will intuitively know how to accompany you on walks to the park, so you’ll immediately be able to slip into a routine.

A senior won’t grow any larger

How many times have we heard stories of cute young pups turning into enormous beasts that eat families out of house and home? Well, with a senior, you’re not going to have any of the same issues. The dog before you is the dog you’ll be bringing home.

A pup is like a baby; it’s dependent on you every step of the way. A senior has a baked-in personality and will quickly establish its own routine. In truth, he or she will probably spend a lot of time finding cozy spots to sleep in! In fact, a sleeping senior is like a sleeping adult human: they don’t wake up for a good few hours. Pups, on the other hand, can bolt out of bed in the early hours of the morning.

Adopting a senior will save a life

Perhaps most importantly, bringing a senior into your home will mean one less dog is euthanized. It’s a reality of overcrowded shelters that, when dogs are left stranded for a while, the eldest of the group are euthanized first. It’s an unfortunate but often necessary reality.

So there you have it: six reasons to consider bringing an elderly dog into your home. The next time you consider adopting, why not consider what it would be like to give some love to the elderly? We all need a little love, at any age, after all.