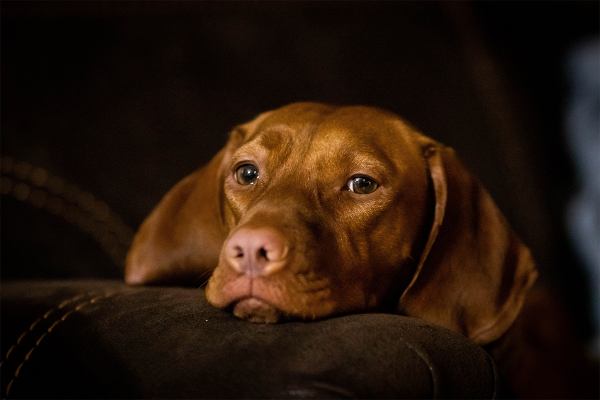 With close to one thousand people in the US now infected, the coronavirus outbreak has been global news, and has been spreading quickly since first coming to the attention of Chinese authorities on December 31st.

But what does it mean for your pet? Can your dog contract COVID-19? And can he pass it along to you?

Reports from Hong Kong suggest dogs can get the virus
Initially, experts were of the opinion that domesticated dogs were immune to COVID-19. A recent case in Hong Kong, however, has changed that view, with a dog testing for “low-level” symptoms. Its owner, incidentally, also came down with the virus.

The dog in question has shown no adverse symptoms, however, and despite being in quarantine, does not seem to be infected to the point of getting sick.

As per the report, published in the Washington Post:

‘“At this point, we can say there’s evidence dogs can get infected, but we have no idea what that means for dogs or people … is it one of a million or is it one of 10? We have no idea,” said J. Scott Weese, a professor at the University of Guelph’s Ontario Veterinary College who studies zoonotic disease. But, he added, “a weak positive would suggest there’s not a lot of virus there.”’

Cats may well be at a bigger risk – and a bigger risk to us
The same report suggests that if there’s a pet to be worried about, it’s the household cat, which was historically more susceptible to the SARS virus in the early 2000s. Due to biological makeup, certain species are more at risk, and those include cats, pigs, ferrets, and primates (including us).

It’s not a surprise that a dog might be infected
According to Gregory C. Gray, a disease specialist at Duke University, coronaviruses are able to move between species with relative ease, but that doesn’t mean we should treat our dogs any differently, or hook them up to specialist breathing apparatus.

Michael Ryan of the WHO agrees, and believes that animals are not going to play a major role in spreading the disease.

However, until further tests are done, no one really knows the role that household animals will play in this pandemic.

One thing is certain – treat your pets like members of your home
If you’re sick or worried you might be infected, it’s a good idea to stay away from your pets as well as your family.

Should he come in contact with you, a dog has a slim chance of passing the disease on to other members of your family. So when you isolate, isolate from your pets as well.