Dogs in focus: the Boxer | Under One Woof

Dogs in focus: the Boxer 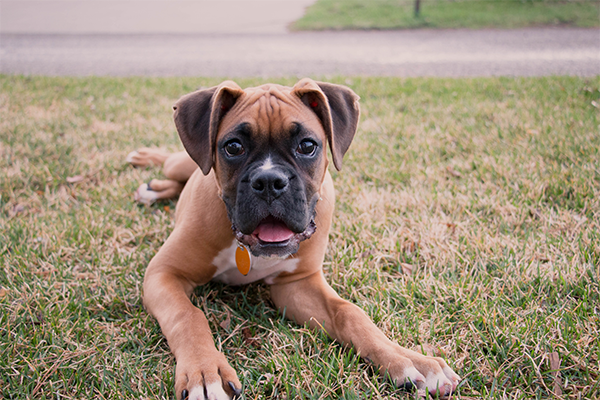 Hot on the heels of last week’s article focusing on the Labrador Retriever (read it here), we’ve got another dog breed in focus for you. This time? The reliable Boxer – thought to be the 8th most popular breed in America.

When it comes to keeping them clean, Boxers are low maintenance. Their teeth are the one part of their body that require regular upkeep, but their coats can go for a week or two without a brush, and bath times can be even more infrequent. What’s more, because of their short coat, they don’t shed a lot of fur, which is good if you’re pressed for time and don’t want to be constantly using the vacuum cleaner.

Due to their energy levels, Boxers require a lot of exercise, and you should aim to get them out of the house every day.

That said, keep them on a leash at all times. They’re rambunctious by nature and they instinctively like to chase prey, as they would in the wild.

A young Boxer needs to be taught how to behave right from the start, and these rules should be reinforced throughout adulthood as well. (As you’ll discover at the end of this article, adulthood doesn’t start for quite some time).

The breed isn’t suited to the elderly or the inexperienced, but they make for fun, playful companions in the right hands.

Boxers are thought to descend most clearly from the Bullenbeisser (“bull biter”) in 19th century Germany, though they do have ancestors from the Middle East that date back to the time before Christ as well.

Bullenbeissers were bred to hunt bears and other large game – which gives you some idea of how capable a Boxer really is.

As evidence of this, the breed we know today was used as a dog of war during both worldwide conflicts (1914-1918 and 1939-1945) but Boxers really found popularity from the ‘50s onwards and they’re one of America’s top 10 favorite breeds today.

The name “Boxer” is a reference to the way the dog moves when it is defending itself, or jousting, with its front paws reminiscent of a pugilist.