Yet more famous dogs from television and movies (part two) 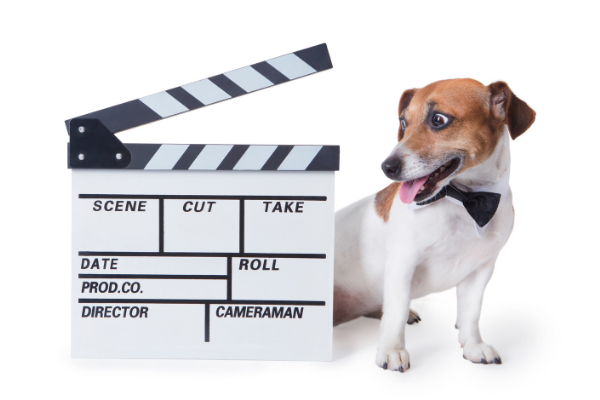 Having covered five great dogs in our first article, we’re concluding with a final list of 4 that covers all genres. We’ve got Brooklyn swagger, magic and mystery and even a dash of Tarantino for good measure.

Rocco from The Drop

The Drop has several things going for it. For one, it’s James Gandolfini’s last movie role. For another, it’s based on the excellent book by Denis Lehane, with a powerhouse performance by leading man Tom Hardy. But best of all, it features an adorable pit bull named Rocco who steals the show whenever he’s on camera.

It’s a tough guy movie, full of Brooklyn swagger and snarl, but if you’re worried that Rocco perishes as a means to move the plot along – don’t worry. This is one movie that treats its doggy protagonists with respect.

Wrongly characterized as an enemy of the state in the Harry Potter films and books, Sirius Black was confined to Azkaban, only to escape by transforming into his animagus: the padded-footed Padfoot who resembles a big black dog.

Sirius’ surname – black – is likely a reference to the fact he’s a black sheep, often regarded as a baddie when in fact he’s not. As for the fact he takes the form of our four-legged friend when he transforms, this is likely intentional too. Dogs are man’s best friend after all, considered loyal guardians.

Sirius’ first name has a meaning too. Sirius is the brightest star in the sky, and a dog star is used by sailors to navigate the ocean. So the name Sirius Black – and his animagus – is entirely intentional.

Brandy from Once Upon a Time in Hollywood

Rick Dalton (played by Leo DiCaprio) might be the face ofTarantino’s portrayal of 1960s Hollywood, but the real star is his stunt double, Cliff Booth (Brad Pitt), a stoic co-conspirator who harks back to the tough guy characters of yesteryear.

Booth’s reticence to say more than a few words is used to comic effect throughout the film, and it’s striking that his sole companion is not a human, but a dog named Brandy.

Brandy is a loyal pit bull who steals the most jaw-dropping scene right at the end of the film. Stay tuned to catch it.

Sam from I Am Legend

In post-apocalyptic Manhattan, Neville (Will Smith) barricades himself inside his Washington Square Park home with his only companion: the German Shepherd Sam.

Neville is not sure whether there is another left on Earth, as almost the entire human population has been infected with a virus that has turned the human race into night-dwelling zombies/vampires.

Due to this loneliness, Sam is an invaluable companion to Neville, who spends some of his time talking to mannequins and trying to get a grip on his sanity.

It’s not the cheeriest weekend watch, but it nonetheless shows off the bond between a human owner and his/her canine companion. Be warned though, because tearjerking scenes do arrive with some force.