How to get your dog to listen and behave better 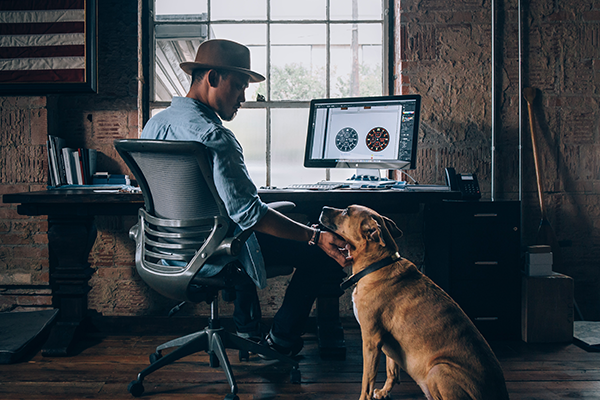 Whether you’re new to dogs or an experienced owner, it can sometimes feel as if you’re constantly engaged in a struggle: issuing commands to your dog with little to no success. In times like these, it’s easy to lose your cool and snap at your pet. But in the article to follow, we’re going to illustrate why that’s exactly the wrong strategy. By heeding our tips, you should soon see results.

Understand the energy you’re giving off

Dogs have historically grown up in packs and they instinctively look to a “pack leader”. In every case, that leader should be you. Many of us, however, are guilty of acting the opposite. By snapping and getting angry, we exhibit insecurity.

Dogs will respond better to calm, assertive energy, so the next time you want her to listen to you, take stock of the way you’re standing and talking. The smallest details matter.

Taking isn’t actually all that important

They can be our best friend, but our love for our pet can muddy an all-important point: they don’t much care for the spoken word.

The way we issue a command is far more important.

Saying “go”, for instance, doesn’t work if the pitch is flat and all sense of urgency is missing. Experiment doing the opposite.

Words aren’t as important as the energy you exhibit and the urgency you display, but it does pay to be consistent: by that, use the same commands time and time again. Repetition will bear fruit, and your dog will come to understand what you want.

Reward her when she listens

Positive reinforcement is crucial: any time she responds the way you wanted, reinforce this behavior with a treat or snack.

Dogs are always more compliant when they’ve had a good workout. Aim to walk your dog for thirty minutes a day.

She’ll not only be keener to respond to your commands, she’ll be in a better mood overall.

Fail to exercise your dog enough and she’ll be too restless to do what you want. Both sides need to play fair in this equation.

Get the family to buy into what you’re doing

One thing that often gets overlooked – and that often derails dog training – is a family that displays mixed messages. If she’s rewarded for doing one thing by your spouse, and scolded for that same behavior when you’re around, she’s going to get confused. Similarly, if everyone in the house has a different word for the same command, it’s going to compound the problem. There’s no harm, then, in sitting down as a family and settling on a game plan going forward. It might seem trivial, but the smallest details add up to impact the whole. In the end, dogs do want to please us, but they’re less likely to respond if A) they haven’t had enough exercise and B) they don’t respect the leader of the house. Get these things right first, then heed our other tips. Before long, things should fall into place.