Helping your puppy overcome typical behavioral problems | Under One Woof 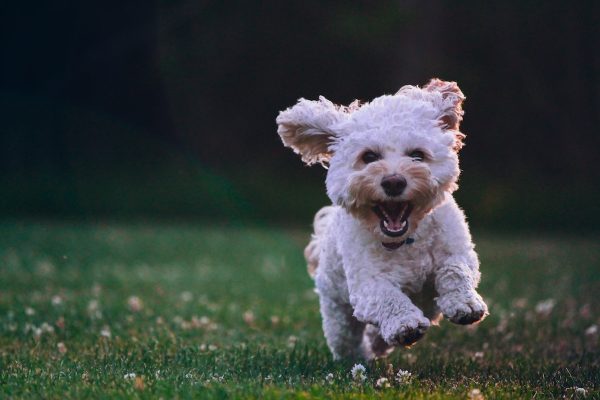 Learned behaviors early in life can last a lifetime. The early months of a dog’s development are crucial. They can be the difference between a happy and loving member of the household, and a tyrant that scares off anyone who tries to enter. Should your pup have a taste for the theatrical, your job is to put a stop to this behavior; to make clear that it won’t be tolerated. Here are three common problems that need dealing with.

Barking is a natural communication tool and you don’t want to suppress it completely, but a puppy that barks repeatedly is going to become a nuisance as he gets older.

From the outset, teach your puppy to associate being quiet with a stop word. Any time he’s making a noise, use the stop word to bring the noise under control by uttering the command in a calm yet forceful way, then reinforce this good behavior with an edible treat.

You might also try ignoring your puppy any time he barks for attention. Face away from him until he stops the noise, then use a treat when he’s calm.

Chewing up the house

We’ve all been there. After bringing a new puppy home and getting it settled in, we leave the house and return to find it in a tip: pillow cases chewed, living room soiled, food in disarray.

The cause? Most likely it’s separation anxiety.

Get your pup used to the idea of being alone. Leave him in a room for a few minutes at a time and discipline him any time he starts nibbling. If he’s whimpering, it’s important you let him ride this emotion out. Remember, you want a pup who is independent enough to let you leave the house and disciplined enough to let you return to it one piece. A little tough love is in order. If you hear your dog whining or whimpering, resist the urge to open the door and go back to him.

Start lengthening the stretch of time you’re away from him and reinforcing calm behavior with a treat. If you have a stair gate, use it. It’s a great way of teaching restraint.

Finally, buy your pup a stuffed toy the dog can chew on and play with.

Of course, dogs are sociable animals, so if your pup is going to be left alone day after day, you might think about getting him a brother or a sister.

Yanking at the leash

Is your pup pulling on the leash any time you try and take him for a walk? Chances are he’s either overexcited or straining to get back to safety. In both cases, we’ve got advice for you.

Yes, it’ll mean you don’t make much progress early on, but it’ll quickly teach your pup that he hasn’t got free rein on walks.

So what about the opposite scenario? An instance where the pup is desperate to get away, back to safety?

Well, the same tactic pays dividends. By remaining calm and standing stock still you’ll put the dog into a submissive, pliable state. What you shouldn’t be doing is yanking them with you. This will only scare them more. No, simply face the way you want to walk, and completely ignore your pup until he’s willing to be rational. He’ll soon realize that he’s overestimating how much danger he’s in, and more, that you’ve got control of the environment around him. As we’ve stressed many times before, calmness and assertiveness are the states of mind you want to occupy.