How can I discipline my dog effectively? | Under One Woof

Home > Blog > How can I discipline my dog effectively?

How can I discipline my dog effectively? 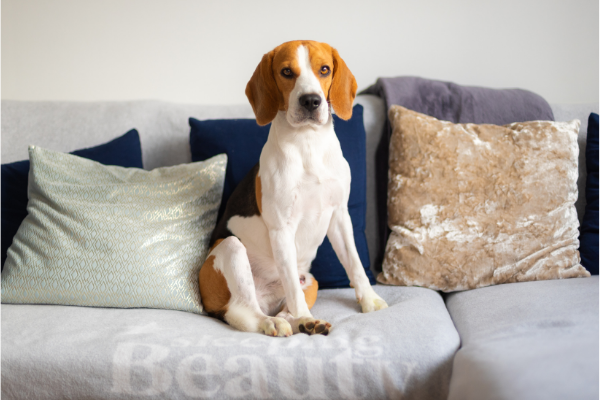 A very common sight? A dog owner disciplining their pet as they would a human, raised voice in tow, finger outstretched.

Yet while dogs can sense our emotions to a degree, and while they are incredibly astute animals, there’s no point disciplining a dog as you would a child. The raised voice and short, sharp incantation will only excite your animal further. And excitement is the very last thing you need in this situation.

In the article to follow, we’re going to explain the basic principles behind doggy discipline, and the steps you can take from day one.

Dogs crave attention, so take this away if they misbehave

Often a dog is jumping on you or misbehaving because he wants to be noticed. In these situations, giving the dog that attention is the very last thing you want to do, as the animal will take this as a sign that their misdeed worked – and in effect, it did, as it produced the desired result.

Instead, try to up the amount of exercise you do together. Exercise is a good strategy because it physically fatigues the animal and it also creates a strong bond between the pair of you. The more your dog trusts you, the more he or she will try to win your approval.

Concentrate on positive reinforcement, rather than raising your voice

It’s tempting to scream at a dog that’s misbehaving, but a far better strategy is to set up a routine they enjoy, complete with walks, toys and good food, then systematically remove these privileges if the dog behaves badly.

On the flipside, you actively want to reward good behavior, because dogs are strongly motivated to pursue things they enjoy, and they’re very good at creating a link between behaviors and rewards. That’s why raising your voice isn’t necessarily the best strategy, because the dog interprets this as a signal that you’re excited about something, when in fact, you’re simply angry.

At no point should you resort to hitting or spanking, as these can create destructive behavioral problems later down the line, or simply spook your dog in the here and now. Plus, it’s a pretty cruel way of acting, and it’s really not addressing the problem.

Your dog will have a reason for behaving badly, and it’s your job to make it clear you’re not happy by divorcing them from the attention they crave in these moments. Should the bad behavior persist, remove privileges while making sure to reward your dog when he or she does what you want.

Over time, and by being diligent, these basic tools will help you put a stop to unwanted behavior – whatever that may be.