How to make caring for your dog simpler | Under One Woof

Home > Blog > How to make caring for your dog simpler

How to make caring for your dog simpler 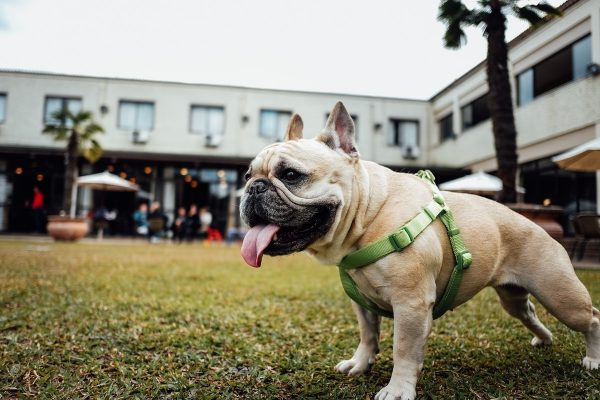 All dog owners are guilty of interpreting the behavior of their animal through the filter of their own neuroses.

We assume the dog is on the same wavelength as us, that it is being stimulated by the same environmental factors, when that’s simply not true.

How can an animal whose eyes don’t see the world in the same colors, whose nose reacts to scents we can’t even pick up, whose ears are attuned to different sounds, react to the same stimuli?

So many of the mistakes we make rearing a dog are predicated on the belief that by simply communicating to them as we might another human, the problem will fix itself.

Take a look at some of key pointers below to make dog rearing simpler.

Remember that dogs are scent-based animals

A dog experiences the world primarily through their sense of smell – their nose – which is why they’ll be triggered by food in and around their vicinity, and likewise, it explains their ability to “recognize” people without needing to canvas faces with their eyes. We all have an individual scent the dog is responding to. Unlike humans, dogs rely on their eyes and ears far less.

Knowing this is powerful. You can use it to your advantage. Why not elicit behavior you want from your animal by drawing their attention to a pleasant smell, or negating behaviors with an unpleasant odor?

You’ll find remedies online with odors undatable to a human nose to do just this.

Observe your animal not as an extension of you, but as a separate entity entirely

If we assume the dog isn’t responding to or noticing the same set of stimuli we are, it stands to reason we need to observe what is triggering them.

Picture a dog looking through a window at moving cars and barking loudly. The temptation is to shush them with your voice. But if anything this only makes the animal think you’re supporting their actions. Dogs take verbal cues as signals of consent. A far better option is to lure the dog away from the window and shut the curtains, removing the stimulation. Then, over the long-term, reinforce the idea this is negative behavior that won’t be rewarded (and might even be punished with the unpleasant odor).

If we concede that there are smells in the air that are undetectable to us, it’s conceivable there are other signifiers we’re emitting that are triggering our dog without us realizing it.

So much of the way a dog reacts is down to the bits we can’t define. A good experiment is to walk mindfully one day, walking deliberately slowly, concentrating simply on the act itself, instead of worrying about the day that has passed or the day that’s to come. Slow down, center yourself, and observe your dog not as an extension of you, but as a singular entity with its own quirks. By slowing your mind you’ll be less tempted to simply shout at your dog when they misbehave, and more aware of how you’re reinforcing or promoting bad behavior.

Ground yourself in a routine

Simplicity is powerful, and a simple routine repeated with regularity gives both you and your dog the security to live your best lives.

A dog that is regularly exercised is going to be a lot more contended than one that isn’t. If you can’t manage five days a week of walking, settle on three as a minimum, but make the walks a little longer – 35 to 45 minutes is a good goal to keep in mind.

By making a habit of taking your dog for a walk at certain times on certain days, you give your animal the security of knowing he will be looked after come rain or shine.