The major dog types explained – part three | Under One Woof 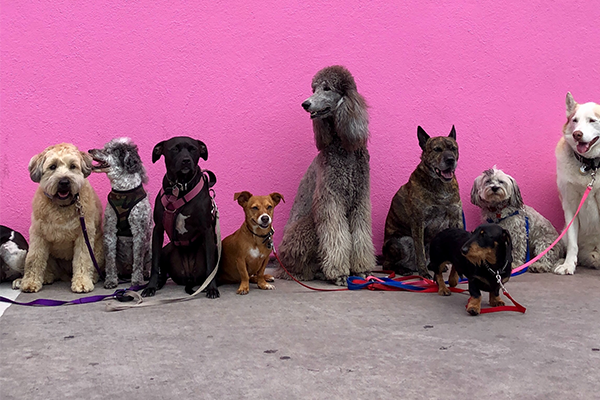 Hot on the heels of parts one and two, we’re concluding our look at the major dog breeds today. As a recap, the American Kennel Club puts breeds into one of seven categories: herding dogs, hounds, sporting, non-sporting, toy, working and terrier.

We’re dealing with the final three in this article, but be sure to check out our previous pieces for a rundown of the major breeds in the other four categories.

And again, a lot of this info is courtesy of an excellent Wired video on the topic, featuring Gail Miller Bisher, a foremost expert.

There are 31 breeds in the Terrier group, and by and large, these dogs all have one thing in common: Terriers were bred to go underground and sniff out vermin. They’re typically feisty and brave. Here are a few standouts:

Wanting a brave dog? Look no further than the Airedale Terrier, which was used as a messenger during WW2.

Strong, athletic terriers come in the form of the American Staffordshire and Staffordshire Bull, which despite their stocky frames, pack a lot of power. Make sure you socialize these dogs early in life, lest their fighting pedigree comes to the fore later on.

The Scottish Terrier and West Highland White Terrier sport different coats but are both darlings of advertising, while the Border Terrier is a fun-loving, well-behaved breed that is well well suited to city life.

Toy breeds are known for their small size and their cuteness. They come in various shapes and sizes but unlike working dogs or terriers, they were typically bred for companionship, and many toy dogs have been royal companions through the ages.

There are 21 breeds in all, and standouts include the Brussels Griffon,with its distinctive mustache, and the Chihuahua, which comes in two varieties: smooth-coated or long-haired.

Royal breeds include the English Toy Spaniel and Cavalier King Charles in England and the Pekingese from China, which enjoyed a life of luxury, in stark contrast to the Chinese Crested, which was used on ships to get rid of rats.

Looking for something truly small? You might be interested in the smallest poodle breed, the Toy Poodle, which combines cuteness with real smarts.

Pugs are one of the oldest, most historic toy breeds, dating back well before Christ. If you want something with a bit of spunk, consider the Miniature Pinscher, which often acts as if it’s triple the size!

Working dogs are typically bred to guard a home or perform a duty of some kind.

Boxers are a popular breed in this category and they make good family animals. Their smooth coat means they’re unlikely to cause allergic flare-ups, though they do have a propensity to drool.

The Alaskan Malamute, Samoyed and Siberian Husky are all accustomed to cold climates and they should be socialized from a young age, as they’re used to pulling a lot of weight and having a duty to perform.

For sheer size, it’s hard to beat the Leonberger, which was bred in Germany as a symbolic representation of the lion. Despite its size, it’s actually very well-behaved.

Other German breeds that might be more familiar to readers include the Rottweiler and Doberman Pinscher, which are powerful guard dogs.

Perhaps the most powerful of all, however, is South Africa’s Boerboel, which means “farm bull”, and was developed to ward off dangerous animals on farms. This powerful dog often develops joint problems later in life, such is its mass, but for all that bulk, it makes for a good-natured family companion.

One of the few American breeds is the Chinook, which is a great choice for the home because of the breed’s ability to get along with children. It doesn’t hurt that the Chinook is so beautiful as well.