The major dog types explained – part two | Under One Woof 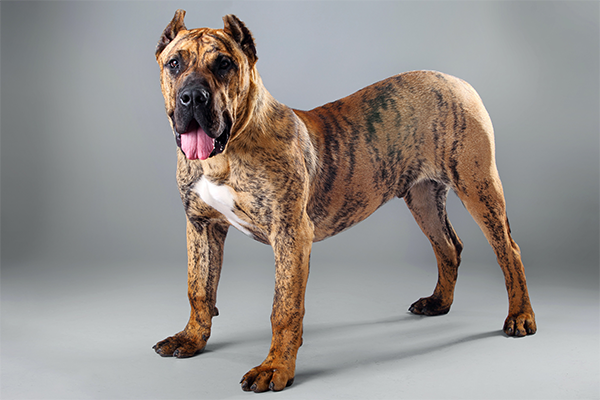 In part one, we looked at herding dogs and hounds, two of the major dog types categorized by the American Kennel Club.

Today, we’re going to cover non-sporting and sporting dogs, of which the former is host to array of entrants, both big and small.

Again, these findings are based on an excellent Wired video series on the topic, narrated and hosted by Gail Miller Bisher.

Perhaps the most famous and popular example of the non-sporting type is the Dalmatian, which gained huge popularity in America because of the film 101 Dalmatians.

A far smaller example is the Poodle – be it the Miniature Poodle or Standard Poodle. The latter is often compared to humans because of how easy she is to train, and how companionable she is. But don’t be fooled – she’s far more athletic than her demure appearance lets on.

The Chinese Chow Chow is hard to miss, given how fluffy his coat is, while the Bichon Frise has regularly appeared in articles on this site, and has an award-winning personality.

Bulldogs are a member of the non-sporting category as well, and get their name because of a peculiar history: they were actually bred to bait bulls. Strong and dependable, these are regular fixtures in American homes.

The excitable, energetic Beagle is a great choice too, and has a nose adapted to sniff out even the faintest scent.

If you want something quiet or even cat-like, the Shiba Inu is a beautiful, quiet, demure dog that heralds from Japan.

Did you know: Dalmatians are not British or American in origin, but actually came from Croatia.

Sporting dogs were bred to work with man and have bundles of energy. As a result, they require a lot of space and a lot of exercise. This group comprises some of the most popular dogs in all of America.

Two standout examples? The Golden Retriever and the Labrador Retriever, which are lovable additions to the home, but do require plenty of walking. Their heritage as hunting dogs is a big factor.

Similar in size, the Weimaraner is an ancient breed with a sleek coat and huge athletic reserves. Their nickname – the “gray ghost” – denotes their gray coat and whippet-like speed. They’re strong too, and provided you’ve got the space, great additions to the home.

The English Cocker Spaniel is a classic sporting dog and has a very happy temperament to boot. America has three varieties of its own: the Parti-Color Cocker Spaniel, the Black Cocker Spaniel and the ASCOB Spaniel (which stands for any solid color other than black). The differences between the American varieties is largely coat-based and cosmetic.

One spaniel that might be less familiar to audiences is the Boykin Spaniel, which has webbed feet because of the role it played in the swamps of South Carolina. It’s an intelligent, eager and energetic dog.

Looking for something more laidback? The Spinone Italiano is an ancient Italian breed that has no problem kicking back on the couch.

Finally, a shout out to the Pointer, which has the distinction of appearing on the Westminster Kennel Club Dog Show logo – one of the most prestigious dog shows the world over.

Stay tuned for part 3, when we cover the remaining three categories: toy, terrier and working dogs.