A purebred vs a mixed breed dog – what are the pros of each? | Under One Woof

Home > Blog > A purebred vs a mixed breed dog – what are the pros of each?

A purebred vs a mixed breed dog – what are the pros of each? 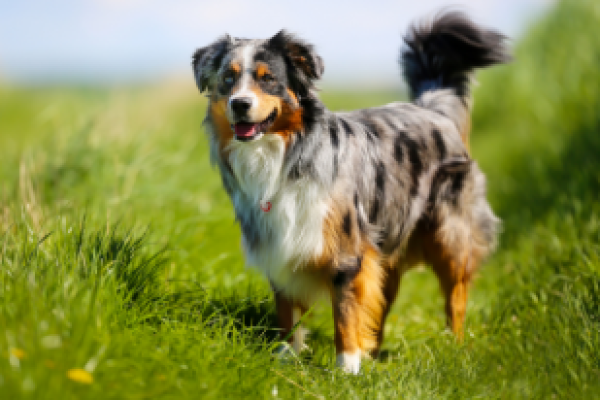 Here at Under One Woof, we look after a lot of purebred (pedigree) dogs and devote a lot of our time to writing about them. But in today’s article, we wanted to give a little of love to non-pedigree, crossbred dogs that don’t fit any particular bracket, and come in all shapes and sizes.

In fact, mixed breeds are everywhere in the doggy kingdom, and there are some very good reasons to pick one over a purebred alternative…

According to the ASPCA, over 600,000 dogs are euthanized the US every year, and the overwhelming majority of these are stray mixed breeds that haven’t found a home.

By adopting a mixed breeds, you’re helping to save a life, and also reducing the strain placed on the dog shelters and humane societies across the country.

Adopting a dog isn’t going to put you into a bracket all your own, either. Approximately 1.6 million dogs are rehomed every year, and 23% of all dog owners choose adoption as opposed to going to a breeder. (Breeders are still more popular, however; 34% of dog owners in America go this route).

Mixed breeds are the result of a hodgepodge of genetic influences. That means they often don’t have the definable “look” that dog owners are after.

That said, looks don’t last a lifetime, and when you enter a shelter, you can often immediately spot a mixed breeds with a heart of gold.

The ASPCA has also developed a system dubbed “Meet your Match”. Here, your requirements in a dog are paired accurately with the relevant strays in your area. The result has been a drop in the number of dogs returned to a shelter, and an overall improvement in matchmaking.

In short, mixed breeds can be as sweet and laidback as a purebred – sometimes more so.

So why choose a pedigree dog?

The word “breed” comes from the idea that, for centuries, humans have bred dogs to perform certain tasks, and as such, Golden Retrievers, Labrador Retrievers, Rottweilers and the like are good at – and enjoy doing – specific tasks. Alongside this, they have a personality that’s fairly consistent across the breed. Labs, for instance, are known to be relaxed. Beagles tend to be curious. Poodles are smart. To know more, it’s as easy as typing in your dog in the American Kennel Club website. By contrast, you won’t be able to access information on mixed breeds. So there are perhaps more unknowns in play.

Pedigree dogs are easier to look after health-wise

Just as pedigree dogs have certain personality traits, they also have a history of picking up certain illnesses, and this makes them easier to look after health-wise.

While a pedigree dog carries a larger upfront cost, they can often be cheaper to care for, because there are fewer curveballs in play.

By contrast, a mixed breed might require more trips to the vet.

In the end, there is no one “right” choice, and both breeders and dog shelters are a viable route to go down. The major reason to opt for a mixed breed is to help rehome an animal that, should it go unwanted, may well be euthanized. If this is something that tugs on your heart strings, check out the ASPCA website for more.