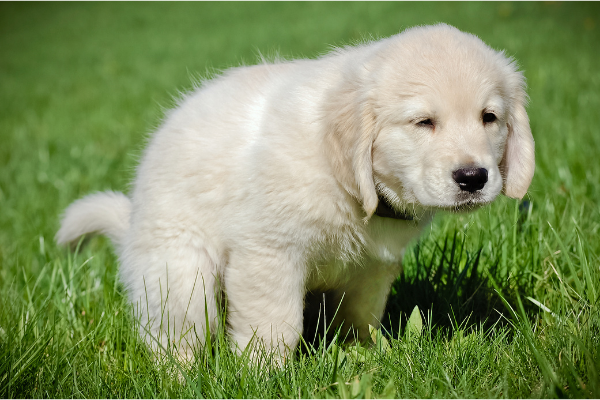 All of us who have owned a dog know what it’s like to come inside after a day at work and find the couch soiled, or a suspicious smell emenating from the bathroom. Mistakes happen, and no pup is perfect, but with our guide we’ll help you navigate the first few months of co-habitation and get those potty-training routine down to a tee. We’ll also talk you through breeds that are easier to train than others, and answer some of the most frequently asked questions on the Web.

How to potty train a dog

Wondering how to potty train your dog? You’ve come to the right place. Here are a few key points to bear in mind:

Consistency and repetition are key. Your pup wont necessarily get it right every time, but he’ll have a better chance if you’re calm, exhibiting control and keeping instructions simple. At all costs, resist losing your temper with your pup. Encouragement should be the order of the day – not fear.

How long does it take to potty train a puppy?

It should take between 4-8 weeks to have your dog completely immersed in the new routine. Keep a schedule in place, keep mealtimes consistent, and use praise – rather than anger – to reward successful outings outside.

How to potty train an older dog

It can be frustrating to own an older dog who isn’t housetrained. That said, it isn’t the end of the world. Usually it takes two or three weeks to potty train an older dog. Remember to reinforce good behaviors with treats and stick to a schedule. Before long, he’ll be at the door waiting to go outside to do his business.

The best dogs to potty train are: