10 things you might not have known about your dog 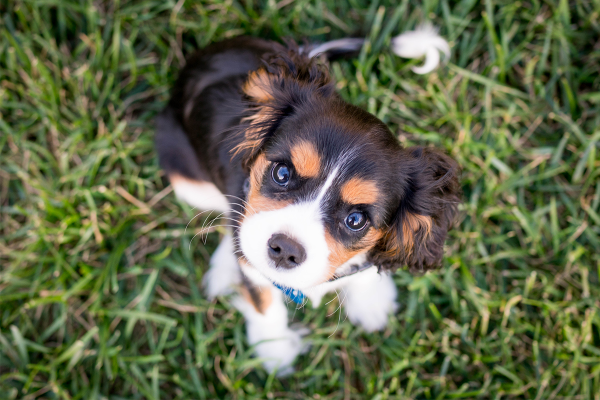 The doggy kingdom is filled with fascinating did-you-knows, and for today’s blog post, we’re going to lift the veil on some little known facts. Some of these might give you pause and make you think – so that’s why…- while others are cute factoids that you might find yourself passing between friends. So, let’s get down to business.

A dog’s vision is better than we think.

There’s a long-standing misconception that dogs see in black and white. Not true. Color chart tests have demonstrated that dogs can see blues and yellows as well. However, they struggle to pinpoint reds and greens and everything in between. But they have one big advantage over humans: they can see in the dark.

Thanks to selective breeding, dogs have evolved from wolves, and their entire existence has been lived alongside humans. For this reason, they have a unique relationship with us, and they’re the only animal equipped to actually understand what we’re feeling – by reading the expression on our faces.

With all that fur, how does a dog keep cool? Well, one way is to hang the tongue out the mouth and get some cool air flowing. But another way is through sweating. While dogs don’t have sweat glands, they do have the ability to sweat through their paw pads. This is a very important mechanism, and along with the tongue trick, it’s the way a dog regulates its temperature.

Dogs need to keep cool because they run hot

Ever wondered why fleas are more attracted to your dog than your family? It’s not because your dog is stinkier – it’s because your dog is hotter. Science shows that dogs run, on average, 3-5 degrees Fahrenheit hotter than humans. Remember to give him a cool place to unwind in hot weather.

A dog’s fingerprint comes in the shape of its snout.

The smaller the dog, the longer it’s likely to live

Science suggests that growth spurts are bad for our bodies. Dogs that shoot up in size are grow very large are likely to die before smaller breeds that weigh 20 pounds or less. There’s a corollary in the human world too: adult males tend to get outlived by smaller females who don’t go through the same growth spurt.

Dogs can get cancer, and other human diseases too.

Thanks to vaccinations and modern medicine, it’s very unlikely for a human to get sick with a doggy disease, but dogs are perfectly likely to get sick from our germs. Airborne diseases we’re carrying can cause a dog to feel under the weather, and dogs are even liable to die from certain familiar cancers…

Dogs can detect when we’re sick

Dogs trained in the art of disease detection have the noses to work out when we’ve got a severe illness before we know it. Diabetes is one disease that specially-trained dogs are equipped to sniff out; their incredible noses can pick up small fluctuations in the smell of our bodies. If we’ve got a lot of sugar in our blood, we’re sweeter than normal!

Dogs are affected by secondhand smoke

Given that a dog has such a good sense of smell, one thing they don’t like is cigarette smoke. Chemicals discharged by the burning cigarette make dogs feel sick, and there are health risks associated with it too.

Own a pug? You’re tapping into a long-standing royal tradition. As far back as the 18th century, European royals kept pugs as pets. Perhaps the most famous example is Marie Antoinette, the last queen of France prior to the French Revolution. Her pug was named Mops.