The differences between male and female dogs | Under One Woof

Home > Blog > The differences between male and female dogs

The differences between male and female dogs 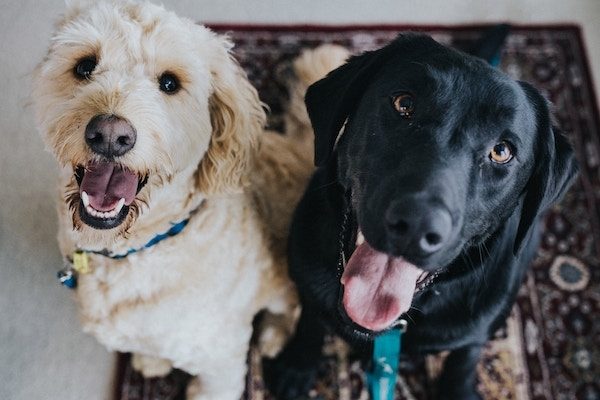 Whether you’re a long-time lover of dogs who has owned both the sexes, or you’re thinking about getting a dog for the first time, you might have a different experience depending on whether they’re male or female.

Much of what we’re going to talk about is anecdotal: some of it might be true in your experience, some of it might seem wildly off. But with that in mind, and acknowledging there are obvious sex differences between unneutered males and unspayed females, what are the general personality differences?

Unneutered male dogs can be easier to keep happy, in part because they’re more likely to be on an emotional even keel.

Female dogs can be “moody” and temperamental, but they also tend to pay more attention to their owners.

Aggression can be a problem in breeds that produce males with a strong claim to dominance.  Male Rottweilers, for instance, are less agreeable than female Rottweilers and will prove harder to keep in line, especially if they remain unneutered.

Male dogs want to dominate the home and show you – the owner – who’s boss. That makes an unneutered male dog from a dominance-orientated breed a very bad choice for anyone who’s fearful of taking the lead.

Male dogs that have not had their sexual organs removed will retain a strong independent streak that will mean they resist an owners’ attempts to get them to obey. This makes housebreaking a male dog (who has not been neutered) a real challenge, whereas a female dog – unspayed or spayed – will be easier to keep in line.

It’s a good idea to start obedience training for your male dog from a young age if you plan on skipping the neutering process, though we’ll touch on why you might consider it as an option below.

Neutering my male – what’s the verdict

Getting your dog neutered is ultimately a personal decision. One of the best reasons to do it is to simply reduce the chance of having unwanted pregnancies.

Neutering a male is particularly good because it protects him from tumors, prostate problems and a whole host of issues related to the testes.

On the other hand, males that do undergo neutering will put on weight, and they will be more susceptible to diseases they weren’t before.

The neutering process should always wait until the pup is at least six months old, but if you wait too long, males can start to learn to use aggression in everyday circumstances, and from there, removing their sexual organs won’t actually make a measurable difference to their behavior.

Again, the number one reason to spay any dog is to remove the chance of unwanted pregnancies. Population control is an important consideration, as you might not be able to care responsibly for a larger brood.

Female dogs also tend to mellow out and become “nicer” after they’ve been spayed. You can get the process done after six months and there’s no benefit to waiting.

The differences between the sexes is heightened in breeds where males are naturally aggressive. In more nervous breeds, the females can often be harder to cope with, while the males are mellower and easier to get along with, offering none of the behavioral headaches their larger brethren do.

In the end, regardless of sex, dogs that are brought up as puppies in a caring, respectful home will likely grow up to be pleasanter in adulthood. Male dogs that learn that aggression gets them further in life will rely on this tactic whether they’ve been neutered or not, so make sure discipline, routine and exercise are reinforced in the home no matter the breed or the sex.